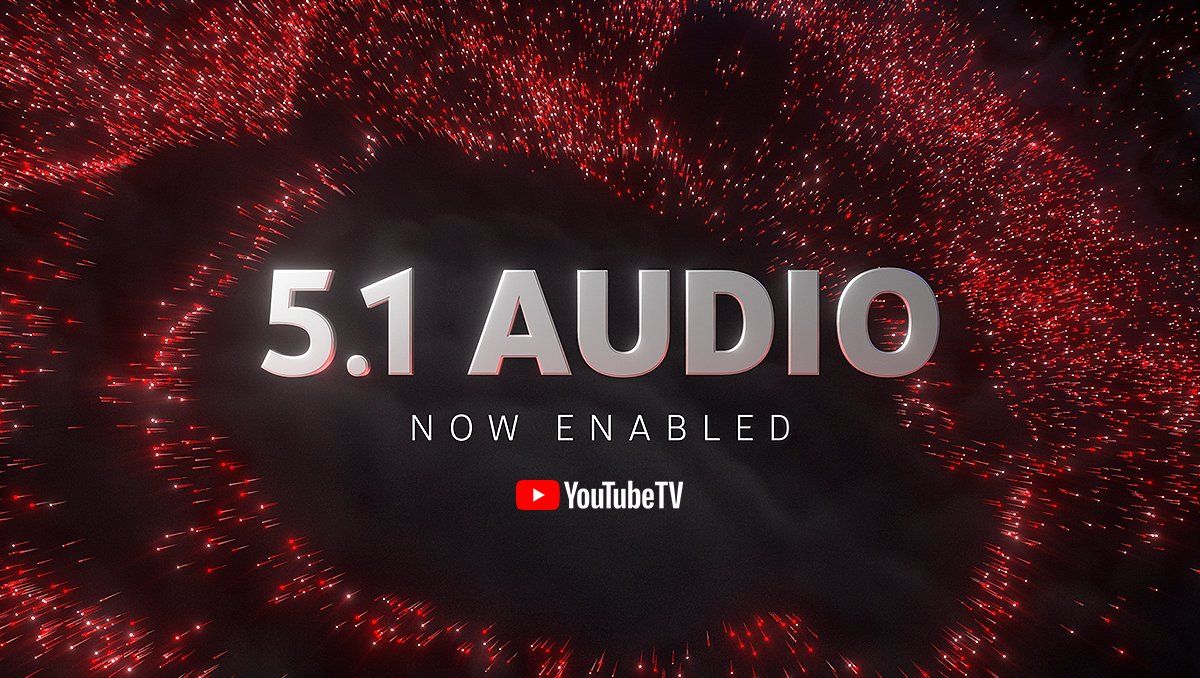 If you are a YouTube TV subscriber and own an Apple TV, today is a good day for you.

Today, YouTube announced that the YouTube TV app for Apple TV now supports 5.1 surround sound. The company says today’s update brings 5.1 audio to both Apple TV and Fire TV. According to the Twitter post, this only applies to compatible content on the streaming service.

As for compatible content, YouTube says “live, DVR, and video-on-demand” content will be compatible with 5.1 surround sound. The company also noted that it is working to bring the audio upgrade to console owners “as soon as possible.”

Audio 5.1 Update! 🔈🔉🔊 We now support 5.1 audio on Apple TV and Fire TV devices for compatible YouTube TV content (Live, DVR and Video on Demand). If you are a game console user, we are working to get it available to you as soon as possible and will share live updates here. pic.twitter.com/8Pmxrt1WqUSeptember 6, 2022

In addition to Apple TV, the company says its latest audio upgrade works with Chromecasts, Roku, and a whole bunch of Fire TV models. You can check out the full list below:

If you’re a huge YouTube TV fan and have been putting off buying an Apple TV due to the lack of 5.1 surround sound support, now you have one less reason not to pick one up.

If you’re wondering which is the best Apple TV to choose today, it’s the Apple TV 4K. If you don’t want to take my word for it, check out Stephen Warwick’s review of the latest model.

If you’re using 5.1 surround sound, don’t waste it on a crappy TV. If you’re going to go all out for audio, make sure you have a great screen to enjoy video too. We also thought of that. Check out our list of the best 4K TVs for Apple TV in 2022.

Bring me those frame rates.