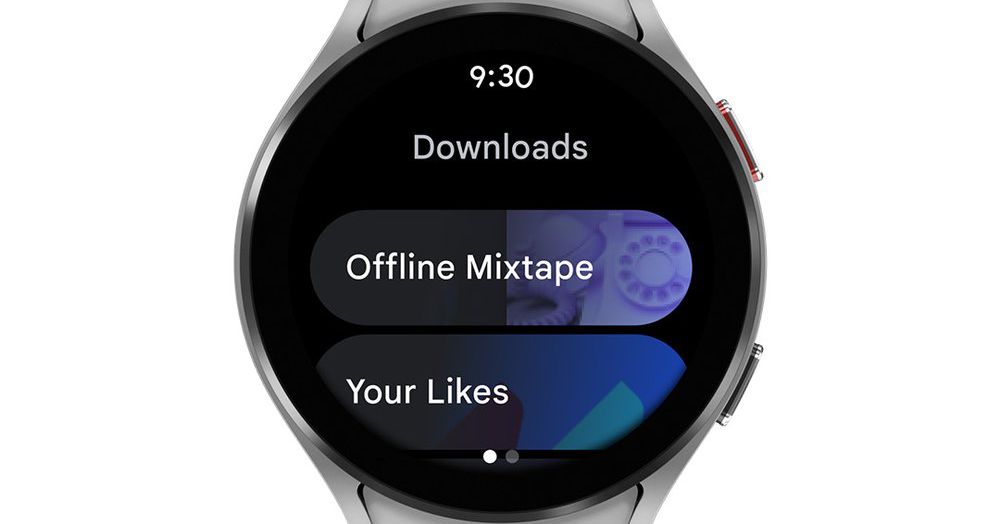 YouTube Music’s Wear OS app is rolling out to a handful of older Wear OS 2 smartwatches from Fossil, Michael Kors and Mobvoi starting this week, having launched exclusively on the new Wear-powered Galaxy Watch 4 smartwatch. Samsung OS 3. The app allows YouTube Music Premium subscribers to download songs to compatible smartwatches and listen to music offline without the need of a paired phone.

The new app was first detailed when Google and Samsung announced that they were merging their Wear OS and Tizen operating systems to create Wear OS 3, and early reports suggested it wouldn’t be coming to devices. running the old Wear OS 2 operating system. However, like Spotify offline support on Wear OS, the new YouTube Music app will now be available for a wider selection of devices.

The app will be downloadable from the Google Play Store on compatible devices and supports Google’s smart download feature, which automatically refreshes downloaded songs for local playback when connected to Wi-Fi.

Google says the app will be available this week for Fossil and Michael Kors’ Gen 6 smartwatch line-up, as well as Mobvoi’s TicWatch Pro 3 GPS, TicWatch Pro 3 Cellular / LTE, and TicWatch E3. More and more Wear OS 2 smartwatches will receive the app later this year, according to Google.

University in Canada offers course on Drake and the Weeknd