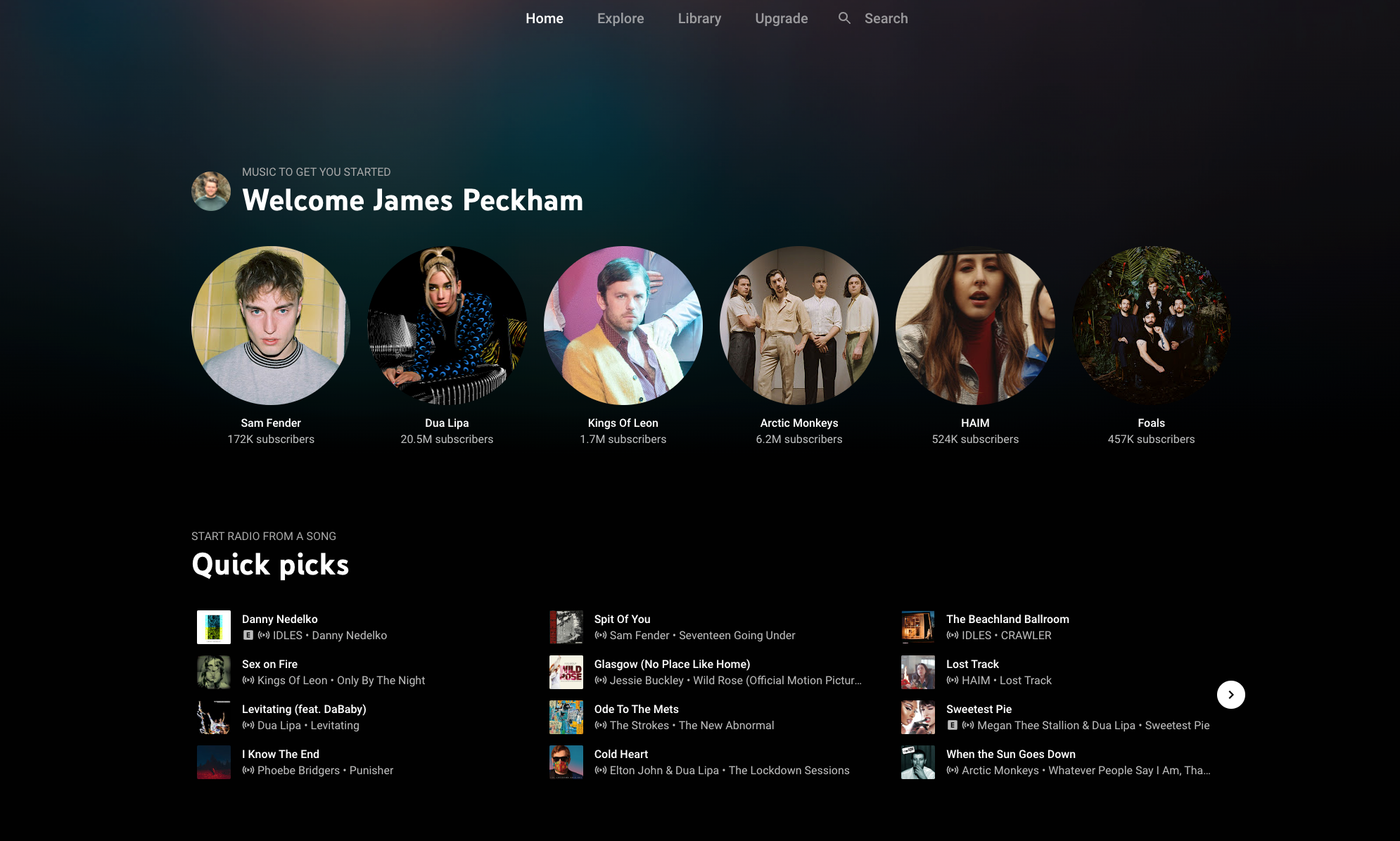 Much prettier colors to beautify the interface

YouTube Music just got a little tweak that may make finding what to listen to on the streaming service more enjoyable. For the first time, YouTube Music displays a color at the top of the home page interface. It used to be a dark screen, but a new update rolling out to users now shows a rotating color palette in this part of the menu.

First spotted on Reddit by u/Lower-Biscotti, I found that the feature shows up in the YouTube Music app for Android and in the web player. Others said it also appears in the iPhone app. It’s not rolling out to everyone yet, as some other Android Police authors are still seeing the old design, so it looks like the rollout is slow. There’s no official word from YouTube on when you’ll get this new look.

The mobile app’s color key sits behind the YouTube Music logo, mood pills, and extends to the front row of music selections. It also extends to the system tray, so the colors sit behind your notifications and things like the clock and battery life. You can’t choose this color, and it changes when you exit and return to the app. It also sometimes changes when you refresh the homepage.

During my testing, I saw two different patterns in the app, and there doesn’t seem to be a clear reason for the colors it chooses. You can see an example of the design on the web player at the top of this article, and below we’ve compared the old design to the new Android app look.

Spotify offers a similar feature that changes the tint of its homepage to the time of day you use the app. That doesn’t seem to be the case here, and it seems a lot more random. Scrolling through different moods and playlists in the YouTube Music Android app also drops the color and switches to an alternate design that the company introduced in 2020.

James is the editor of Android Police. He previously worked at TechRadar and has been covering smartphones for the better part of a decade.