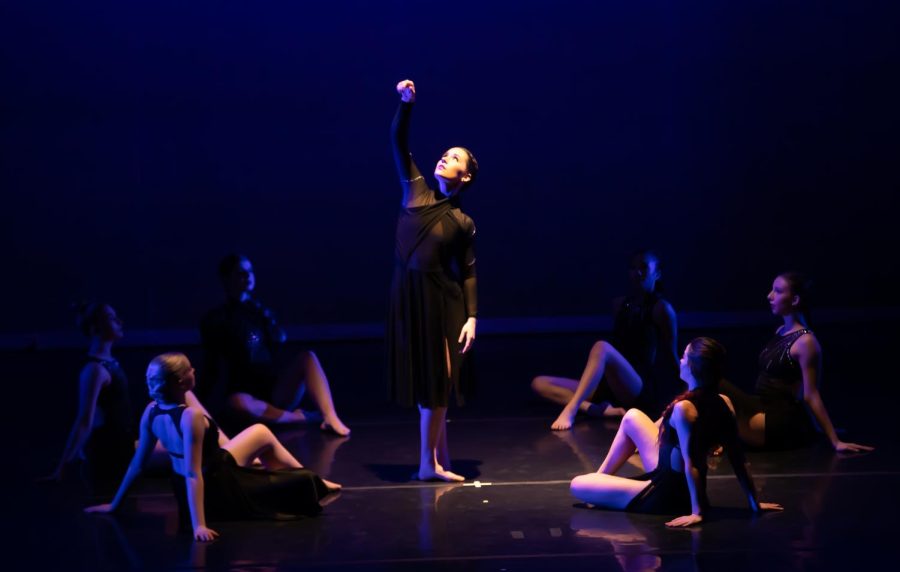 For the first time in two years, Shockers took the stage from Wilner in the Wichita Contemporary Dance Theater’s spring concert. Held from Thursday February 24 to Saturday February 26, the show included five different pieces, all in different styles.

During the two-year hiatus, dancers took on the challenge of the pandemic to evolve into new COVID-friendly forms.

“We were doing a lot of movies,” said sophomore Hannah Chandler, who starred in three of the performances. “Performing without a mask on stage last weekend was really exciting.”

With choreography by Sabrina Vasquez, Cheyla Clawson Chandler, Denise A. Celestin, Nicholas Johnson and AJ Hopes-Pflumm, the concert featured two seniors, with all the others being sophomores.
“The most rewarding part was finally making our debut as a sophomore class. […] to the Wichita community through dance,” said Bailey Buchanan. Buchanan performed in three pieces.

“I feel like it was a good start,” sophomore Piper Patterson said.

The next piece, “Ever There”, featured performers Chandler and Siena Radice, choreographed by Celestin. Next, there was a screening of “Brave New World – Reimagined”, a short film based on Aldous Huxley’s novel of the same name. Choreographer Johnson found it difficult to convert the novel’s themes into dance.

Hopes-Pflumm’s play, “Given Perspective,” featured senior La Hawkins on Thursday and Saturday, and Caleb Faer on Friday. The final piece, choreographed by Chandler and Vasquez, was “Stargaze,” featuring seven girls.

“With ‘Stargaze’, we were able to work with [Vasquez] and [Chandler]”, Patterson said. “[The best part] was able to go through the whole choreographic process from the beginning – no music, no choreography – to the end – playing it with beautiful lights, music and everything.

Overall, Johnson is proud of the performance, especially since this is the sophomores’ first big performance on stage.

“It’s just zen,” Patterson said. “We are really grateful to have been able to have the opportunity to do this.”