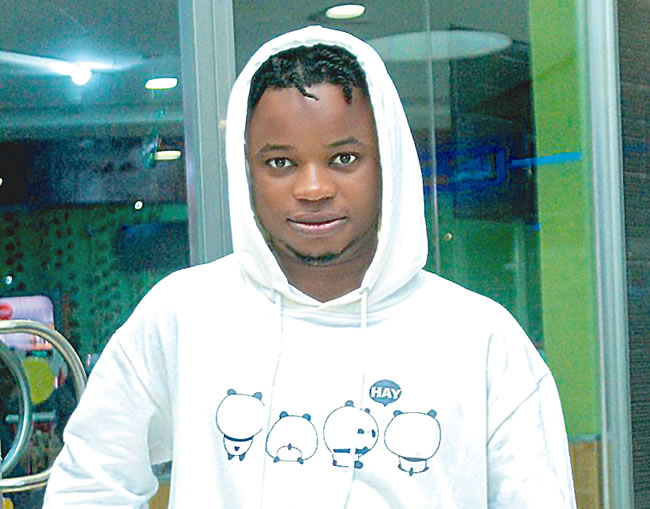 Why I Created The City Celeb Brand —Kaptain Kush

The dream of every musician is to succeed in the industry. And by making it big, that means having popular songs, playing to sold-out crowds, winning awards, collaborating with peers, and earning hefty royalties. But for some, these goals are not enough. They dream of more.

They are not only satisfied with making great music, they want to shape the culture of the entertainment industry. Kaptain Kush is one of that rare breed of musical creators.

Born in Mainland Lagos in the early 2000s, Lawrence Godwin Kingsley is an Afropop and dancehall artist.

Inspired by the effect music had on members of his community, Kaptain Kush decided to become a musician. A self-taught artist, he is a singer, songwriter and record producer. Kaptain Kush’s musical journey has seen him release some hit Afropop songs which have made a lot of success in the local music industry.

For the Somolu-born musical artist, becoming a superstar was the dream. “Like most artists, I wanted to blow as a mainstream musician. I wanted my music to be played across the country and exported to other countries,” he says.

And he towed that line. He has honed his craft through several hours of studio sessions, creating music that will touch the hearts of Afrobeats lovers. Understanding that success in the industry required marketing, he invested in promotion, making it easy for his target audience to find his music.

Kaptain Kush had already started performing at shows in major cities across Nigeria when it had a paradigm shift. He decided he didn’t want to make music alone and wanted to diversify his interests. The early days of 2020 saw a new dream form in his heart. Unable to resist the thrill of adventure, Kaptain Kush decided to set sail and pursue this new dream. This led to the birth of The City Celeb Brand.

Founded in the second quarter of 2020, The City Celeb is an entertainment company that manages media publishing, sound production and music marketing teams. The company’s media publishing arm is an online magazine that creates and curates entertainment content for the young and dynamic on the African continent. The City Celeb also provides music production services to emerging artists in Nigeria and helps them promote their songs to their target audience.

Over the past two years as CEO, Kaptain Kush has built The City Celeb into one of the nation’s culture-shaping entertainment brands. The brand is at the heart of documenting stories related to music and culture and helping emerging artists succeed in the industry.

“Initially, my dream was to become a superstar. Now it has grown. With The City Celeb, I can contribute to the success stories of many superstars and keep the average African up to date with events in the entertainment industry,” said he declared.