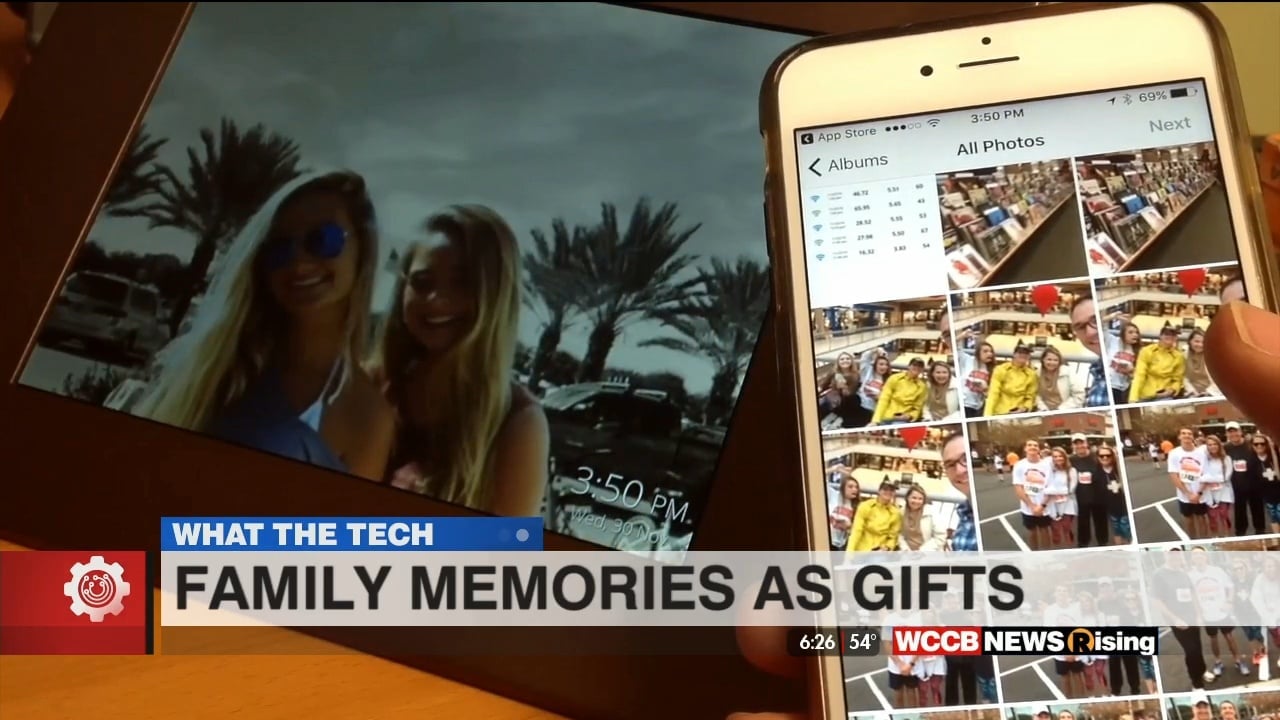 What The Tech? : Family memories as a gift

CHARLOTTE NC – Now that the holidays are officially underway, you might already be thinking about what to get family members who may or may not like something from Amazon, Best Buy or Walmart. How many gifts did you give them that are still in the boxes they came in?

A few years ago, I decided to give my mom and dad a different kind of Christmas present. Memories. I think it’s safe to say that most people have family memories stored on VHS tapes, in photo albums, and perhaps decades-old film tapes. The priceless memories haven’t been seen by anyone in years. With a little time and the help of a few tech gadgets, you can surprise your family this Christmas with a fresh look at the past.

To convert old videotapes, the Pinnacle Dazzle Gadget (about $70) will re-record those memories for computer storage. The Dazzle is an oddly shaped gadget that connects a VCR to any computer. The included software captures video as it plays and saves it as a computer file. It even has a simple to use editor to add music and graphics or cut out some of the boring parts. You can capture other tape formats, but you’ll need something to read them, like an old camera. This might be the hardest thing about this project if you have Hi-8 or Beta format tapes.

For old movies, I recommend the Wolverine Film Converter ($300). This gadget looks like a retro movie projector from the 1970s and it plays movies the same way but without projection. You thread the original film onto an empty film reel and slide it into a capture slot. As the movie plays, the Wolverine converter captures each frame and stitches them together to create a video that is saved to an SD card that can be transferred to a computer.

I pulled out a little box of home movies that no one in my family had seen in decades. I would suggest uploading any video you capture from VHS tapes or film strips to YouTube where you can add music. Then, share the links with your family members.

While visiting my parents a few years ago, I snuck into a closet where Mom kept all her old photo albums. I took snapshots of each photo with my phone and surprised her with them on Christmas morning. There are a few ways to do this. You can take photos of photos with your camera, but I suggest using the Google PhotoScan app. The free app for iPhone and Android devices detects the corners of each photo and removes reflections. Photos are saved in Google Photos which you can either print, create a photo album for Google to print, or create a slideshow which you can share in a digital photo frame.

If you are considering using these devices for the DIY project, I suggest you start now. Tapes and film strips are captured in real time. So a 2 hour video tape will take 2 hours to capture. It’s a fun trip down memory lane.