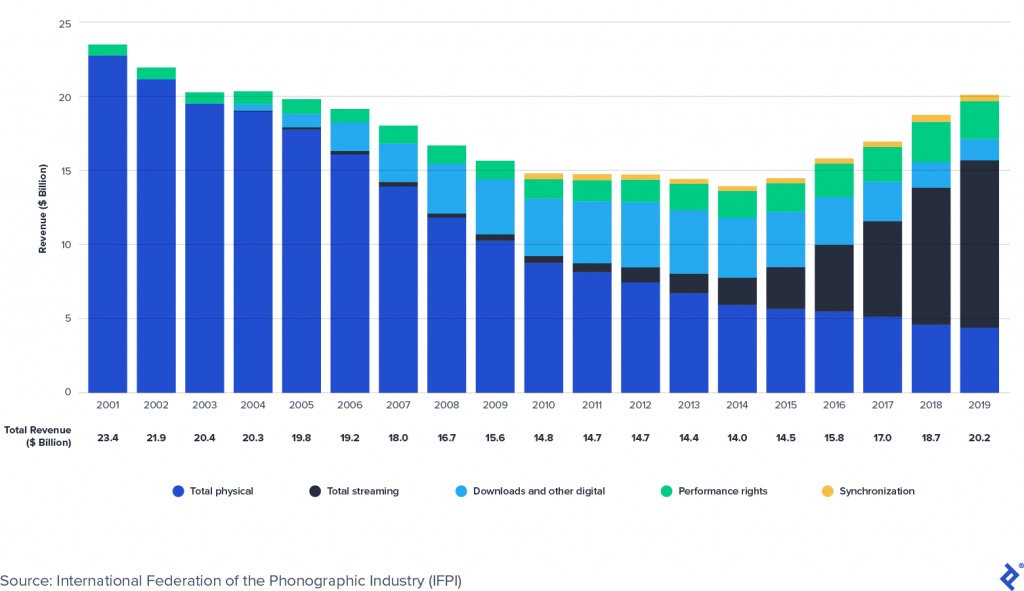 Top 10 changes the music industry has seen over the decade

JThe music industry is constantly evolving and there has been a massive transformation within the scene in just 10 years. In 2011 or 2012, people were still listening to their favorite music on iPods or going to stores to buy the physical copy of their favorite artist’s latest album.

Now, a decade later, iPods and CDs have lost their charm and been wiped out of the market due to various streaming platforms such as Youtube, Spotify, SoundCloud, and more. Let’s talk about what has changed in the music industry over the past 10 years:

Ten years ago, streaming music online was a distant dream. But now, the world can’t go a day without using their favorite streaming platform to get their daily dose of music. Thanks to streaming platforms, the music industry has been able to overcome the nearly two-decade decline caused by music piracy. Now with Spotify, Youtube, TIDE, Apple Music, pandora, SoundCloudand more, the music industry has accumulated music revenues totaling $25.9 billion.

Ten years ago, buying CDs from your favorite artists was normal. Nowadays, the number of people who buy physical copies of music is extremely low. Most people stream their music or digital copies of the latest albums. Streaming is responsible for nearly 80% of the global music industry‘s total revenue, while CDs account for only 9% of the music industry’s total revenue.

A surprise drop occurs when a musician releases an album without any prior promotion or marketing. Since the fans have no idea beforehand, it totally surprises them. Beyoncé was the first to do so when he released his self-titled fifth album in 2013. It was a huge success in his career. Selling over 5 million copies worldwide, the album won a Guinness World Record for best-selling album on iTunes.

In the United States, only English-language music was most prevalent ten years ago. But that scene has changed a lot over the years. More and more international artists and bands are becoming extremely popular among the fans. Popular K-pop groups BTS and Blackpink have generated massive international fame and become a phenomenon among their huge and devoted fan base. Puerto Rican musicians Luis Fonsi and Daddy Yankee broke various records following their 2017 big hit, ‘Despacito‘. The clip has over 7.8 billion views on YouTube.

Vinyl records have made a comeback. They accounted for nearly 17% of total album sales in 2019 and that number is only increasing every year. Even during the pandemic, vinyl record sales were up about 45% from the previous year. Many contemporary artists still release vinyl versions of their music alongside digital and streaming copies. The Jonas Brothers even have their own vinyl “club” for fans to join.

Ten years ago, listening to music was mostly done with iPods and CD players. But now, a smartphone is all people use to listen to their favorite music. All streaming platforms are available on phones and it is easier to navigate them through their phone app versions. All you need are AirPods or headphones to pair with your phone to play music.

Musicians have a big hold on how society thinks. Today, musicians use this power to improve the world. Taylor Swift champions global LGBTQ+ rights in her 2019 single, “You Need to Calm Down.” Beyoncé used her Coachella 2018 performance to pay homage to black college and university culture.

Original Broadway musical recordings have become extremely popular these days. The popular musical “Hamilton” broke all previous records by topping and remaining in the top 40 for more than 145 weeks on the Billboard 200 chart.

In 2022, there is no specific genre that artists follow. They have become flexible enough to mix and master different genres together and come up with great acoustic pieces. Lil Nas X collaborated with country artist Billy Ray Cyrus for his country rap number “Old Town Road.”

Over the past ten years, the music industry has been blessed with several iconic artists who have created timeless music that will be remembered for a long time. Artists like Lady Gaga, Childish Gambino, Kendrick Lamar, Billie Eilish, Lil Nas X and many more will surely be part of music industry history.

Abba returns to the stage in London. Kind of.

Swanepoel in song as Lions end up losing