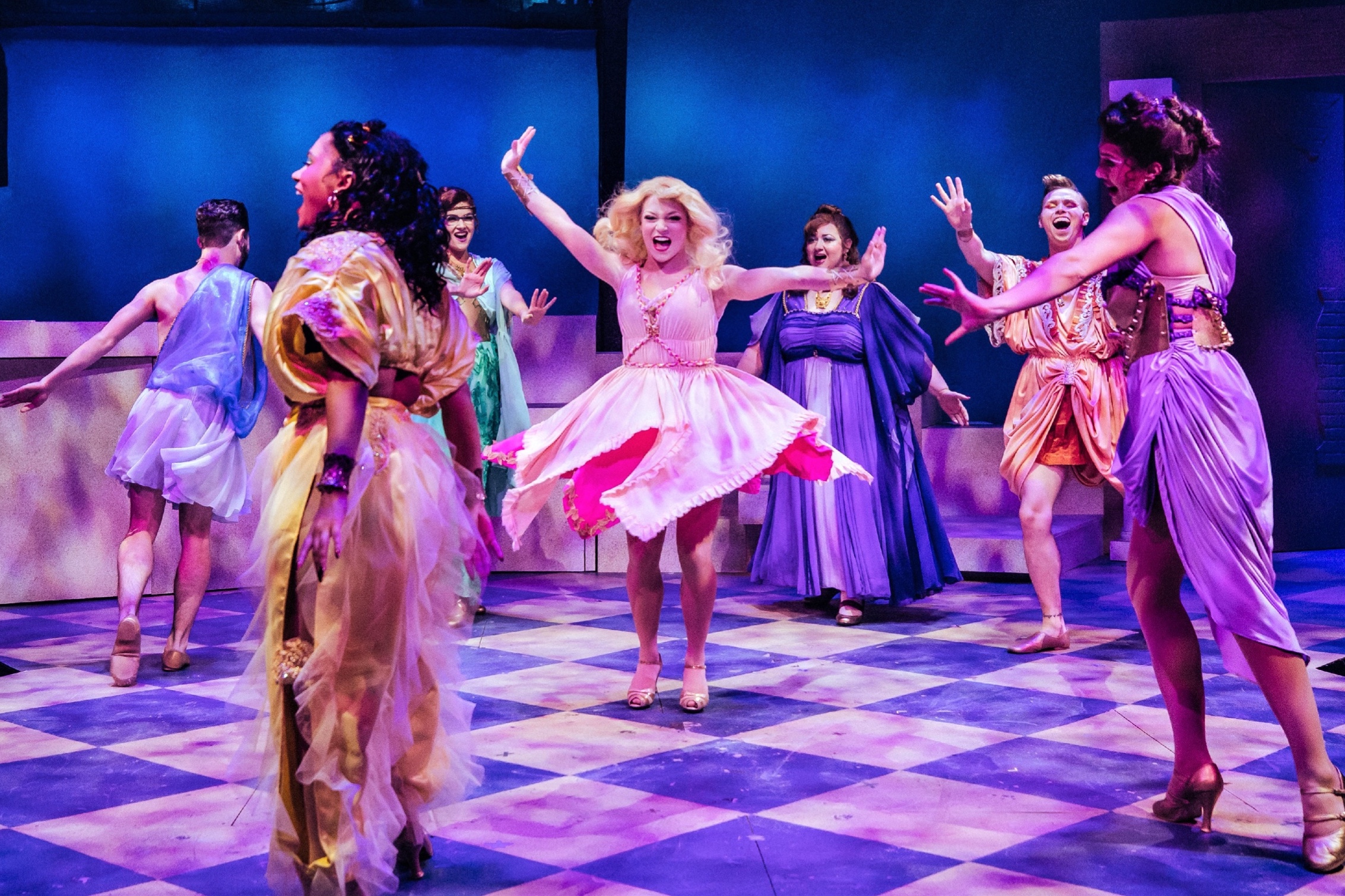 “Man. We’re all talking in unison.

The Mac-Haydn Theater presents its “Summer in September” series of five repertoire shows. The musical “Xanadu” has just opened, based on an unsuccessful film created to showcase the talents of Olivia Newton John. It failed, but it spawned the silliest musical to ever grace the live performance stage. This current production is even sillier than most, but it provides endless fun for its audience, young and old.

The nine muses of ancient Greece decide to inspire a suicidal artist named Sonny (Andrew Burton Kelley) and to do so, they send Clio (Lucy Rhoades), Muse of History, to Earth to take care of the case. . She dons leggings, roller skates and a horrible Aussie accent to get the job done right. To complicate her task, two of her sisters, Melpomene (Julie Galorenzo), muse of tragedy, and Calliope (Rachel Pantazis), muse of epic poetry. They are the villains of this show and they do whatever it takes to ensure that Clio is unable to complete her trials and is ultimately punished by Zeus and removed from the Muse sisters’ collection.

Sonny is “inspired” after his suicide attempt to convert an abandoned theater building owned by Danny Maguire (Tezz Yancey) into an artsy nightclub. This is the whole plot of this musical. If you think that sounds out of touch with today’s reality, think again. It’s terribly funny and touching at the same time as modern “man” comes face to face with ancient wisdom.

The company does a terrific job on and off stage. The costumes imagined by Angela Carstensen are often as wacky as the story. Andrew Gmoser’s lighting brings out every moment perfectly. Kevin Gleason’s sets capture the hilarity of the situation. The company of nine players, some of whom double their roles, is excellent. Rhoades’ Australian accent would make Olivia Newton John blush in shame, but his singing and dancing would lighten the star’s mood. Kelley is a fine foil for the silliness surrounding his character and Galorenzo and Pantazis are such delightful villains that they should always get the chance to play bad guys. Yancey entertains as always. Two of the muses (all sisters, remember) are hysterically played by Ricky Dobbs (Thalia, Muse of Comedy) and Patrick MacLennan (Terpsicore, Muse of Dance).

I heard someone in the audience, cheering at the curtain call, say, “This is the gayest show I’ve ever seen,” and I would almost agree. On so many levels, it’s a show that tickles sensibilities, both in sexual orientation and humor. It attacks stereotypes and almost leaves you breathless about half the time. A wonderful choice to cover the difficulties of the transition from summer to autumn, I suggest you get your tickets now; head to Chatham and fill your entertainment needs with “Xanadu” while you can. It doesn’t play every night, but seeing Robin Campbell’s humorous look at today’s man in relation to the eternal values ​​of the world is worth it.