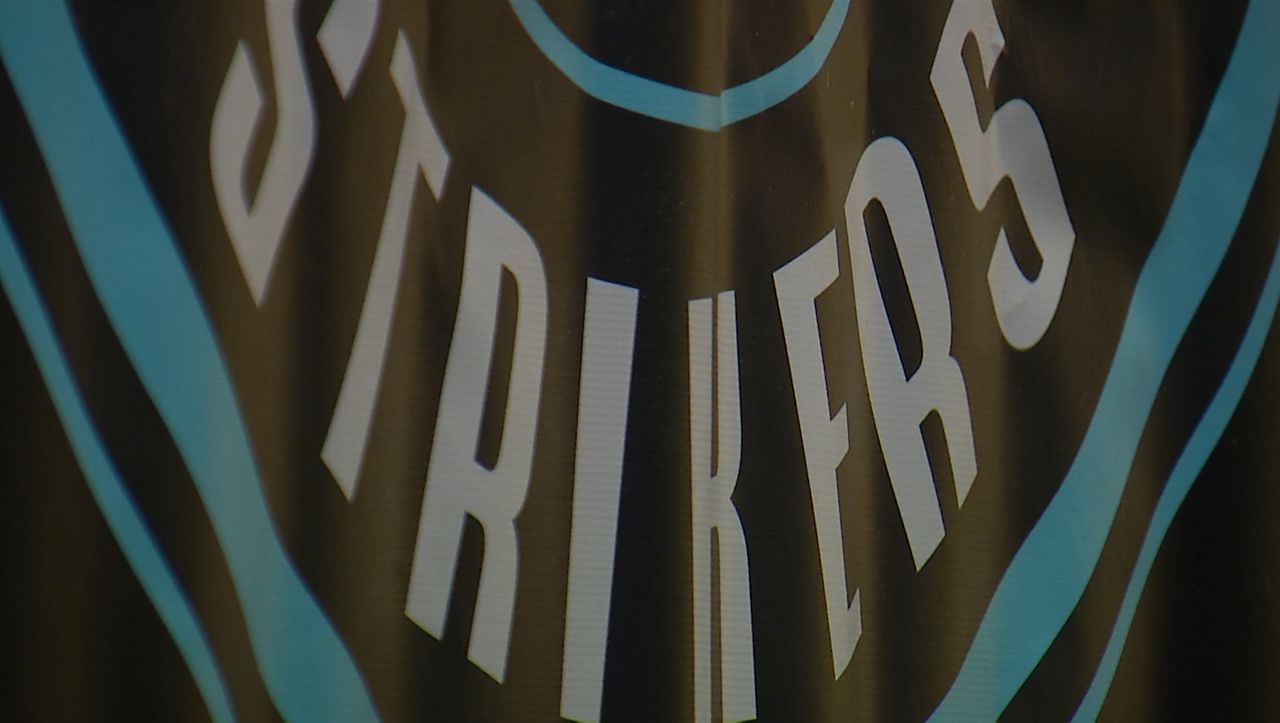 The “Tampa Bay Strikers” land at the Yuengling Center

In just a few months, USF’s Yuengling Center will be transformed into an indoor soccer field.

This is where the National Indoor Soccer League’s newest league, the Tampa Bay Strikers, will play all of their home games.

Andrew Haines and his partners, who are behind the new venture, said he will challenge people who say they won’t like him.

“There’s a lot of action,” Haines told Katya Guillaume of Spectrum Sports 360. “There’s music all game long, there’s people getting slammed into the wall, lots of goals and so it’s such a fun time.”

Tampa Bay has The Lightning, The Rays, The Rowdies, The Bucs, and soon… they’ll have The Strikers.

“I was doing research and I was like, well, strikers are like the perfect for what indoor football is. Lots of strikes and goals and it’s like the lightning capital of the world, so it kind of felt like a great combination,” Haines said.

He has ties to the Bay Area. He grew up here.

He is also the owner and co-owner of different teams in the league. He said given the teams’ success, it made sense to give Tampa the opportunity.

Haines, “Football is the most diverse sport in the world. It reaches all classes, all nationalities, it’s a melting pot of the world and so when you look at Tampa there’s also an international flair so there’s a lot of football fans embedded.

The upcoming five-team league will work a little differently than what you’re used to seeing.

“Games, we try to get down to 3-3:15 in terms of time. There are 5 outfield players and a goalkeeper on each side, but just like in hockey there are penalties, so we can have one player or several players down,” he concluded, saying.

There will be a coach for the men’s and women’s teams. The league is currently in the process of determining who that person will be.

The league is also considering adding to its 20-man roster, which Haines hopes will be made up of several homegrown players.