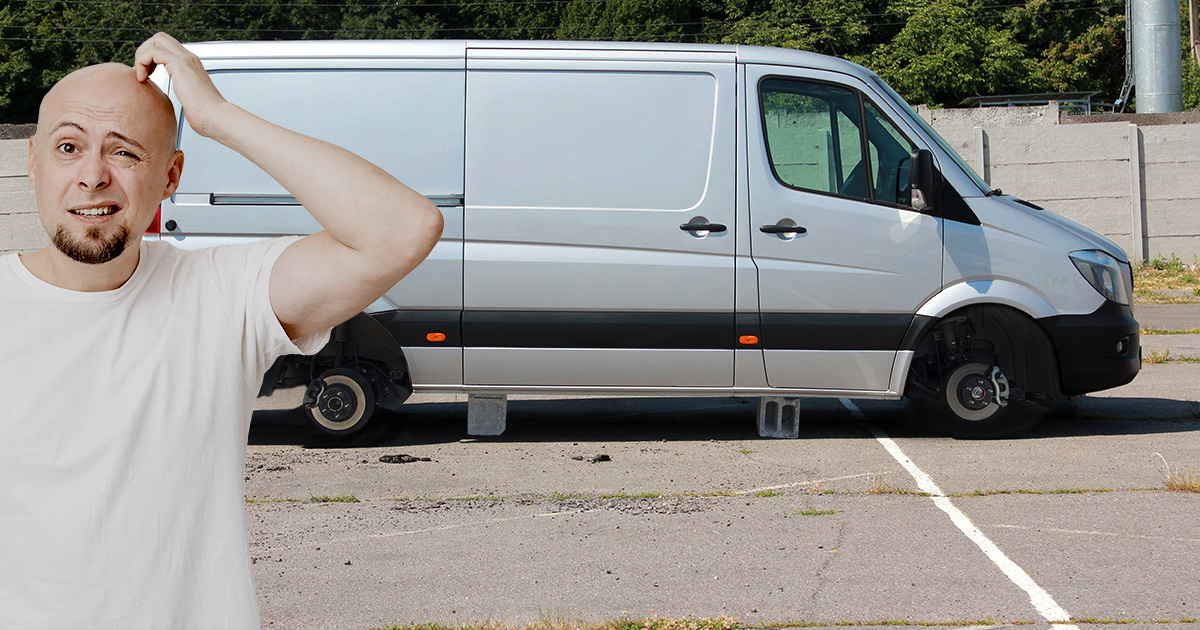 “I kept telling these guys I’m an honest man, and I honestly swear I saw them pull up to the show in a van on cinder blocks. I mean, you don’t stay in the area live music for 3 years while lying to people,” Bennet said as he drizzled bottles of liquor from his bar. “I was actually quite insulted that they were questioning the reputation of my establishment. After all, I was kind enough to send them to a guy I know who could hook them up with a set of oddly identical wheels that happened to be the exact size they needed for as little as three times the price they paid for them. Ingrates!

Vampire Byte frontman Sean McDowell has weighed in on the bizarre storyline.

“When we were putting away all our Halloween decorating gear and accessories after the gig, that’s when we noticed our van was missing four tires and I’m pretty sure we made it. here,” McDowell said grimly. “These thieves also grabbed license plates, bumper stickers and a pizza we stored on top of the van we were saving for after the show. Guess it could be worse though. The headlining band actually had all of their gear stolen while hiding backstage before returning for their encore Man, do they look silly right now.

Local body shop owner Daryl Ross has seen an increase in missing parts from the van from this site.

“Oh yeah, I’ve seen that many times before,” Ross said as he vigorously wiped the oil from his hands. “The Owl Haus has definitely been a hot spot for auto theft lately. The last band that came was looking for a new catalytic converter that they swore they had on their entire tour up to this point. I said ‘welp, I heard a punk band is going to be at Owl Haus tonight’ and then I handed them a Sawzall. It’s a real do-it-yourself tour anyway.

The Northern Liberties Night Market will be back with dozens of food trucks, vendors and music