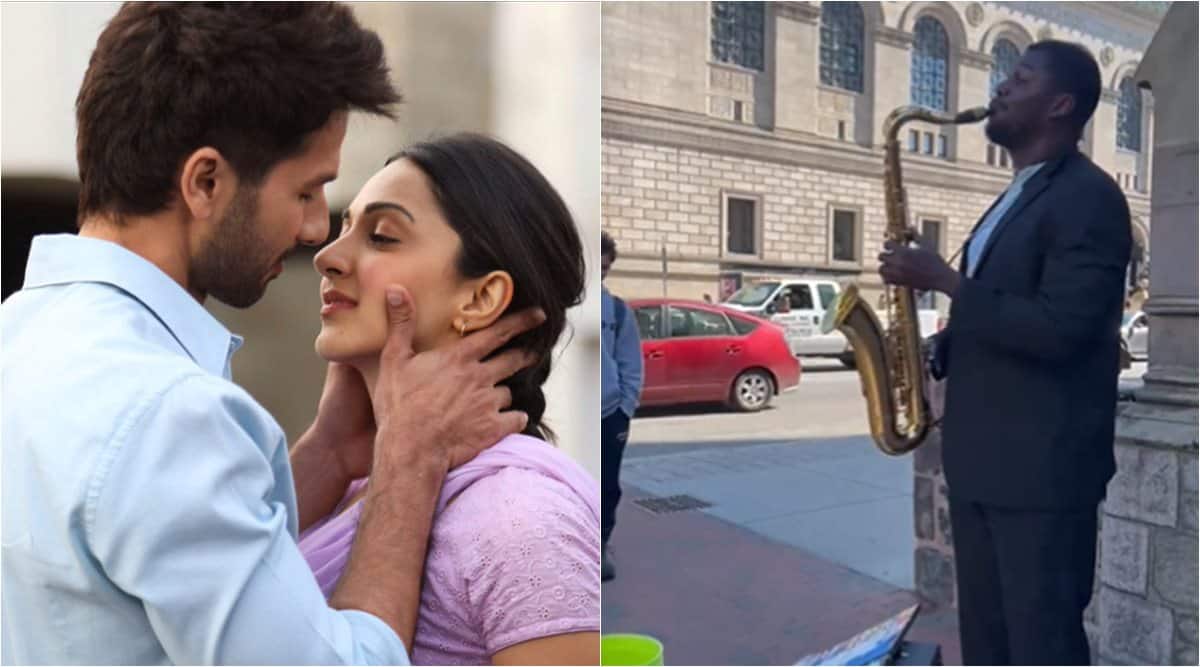 It’s not every day that you’re away from home in a foreign country and something familiar happens to you. Something similar happened while walking down an American street, a man heard an artist playing a Hindi song on saxophone.

Twitter user Sumit Patil was in Boston, Massachusetts when he heard sounds coming from a saxophone. But instead of a few Jazz or Neo-Soul tunes, he was pleasantly surprised to hear the musician play Kabir Singh’s. ‘Tujhe Kitna Chaahne Lage Hum’.

With a small spiked bucket in front, the unidentified man in the black suit sang the melodious tunes of Kabir Singh’s song, sung by Arijit Singh. “That’s what I captured today!!!” an excited Patil wrote online tagging the film’s singer, songwriter and cast. “Amazed to watch Indian music on American streets!!!” he added.

This is what I captured today!!! The guy was playing “Tujhe Kitna Chaahne Lage Hum” from @arijitsingh of #KabirSingh film with his saxophone… Surprised to see Indian music in the American streets!!! 🫶🏼@shahidkapoor @arijitsingh @Mithoon11 pic.twitter.com/oRqaH0fdi3

The video immediately struck a chord with many Desi fans online. He also reached out to actor Shahid Kapoor, who retweeted the video and wrote, “Amazing.” Music composer and lyricist, Mithoon also commented and added: “Precise notes”.

As people were not only impressed with his song choice, but also with the soul he brought to the instrumental cover, others flooded the commented section with inquiries, wanting to know how he also played the song.

My boy captured something beautiful and it’s a mini bong 🔥🔥 https://t.co/B6ol7vFolC

Audience request: can he play Maiyya Mainu from #Jersey 🫶

Glad to see you support such things!! 😃

However, it is not that unusual to hear Bollywood songs being played or performed outside India. While some went to great lengths to pull scene-by-scene covers of their favorite Bollywood hits, others simply joined other street artists.