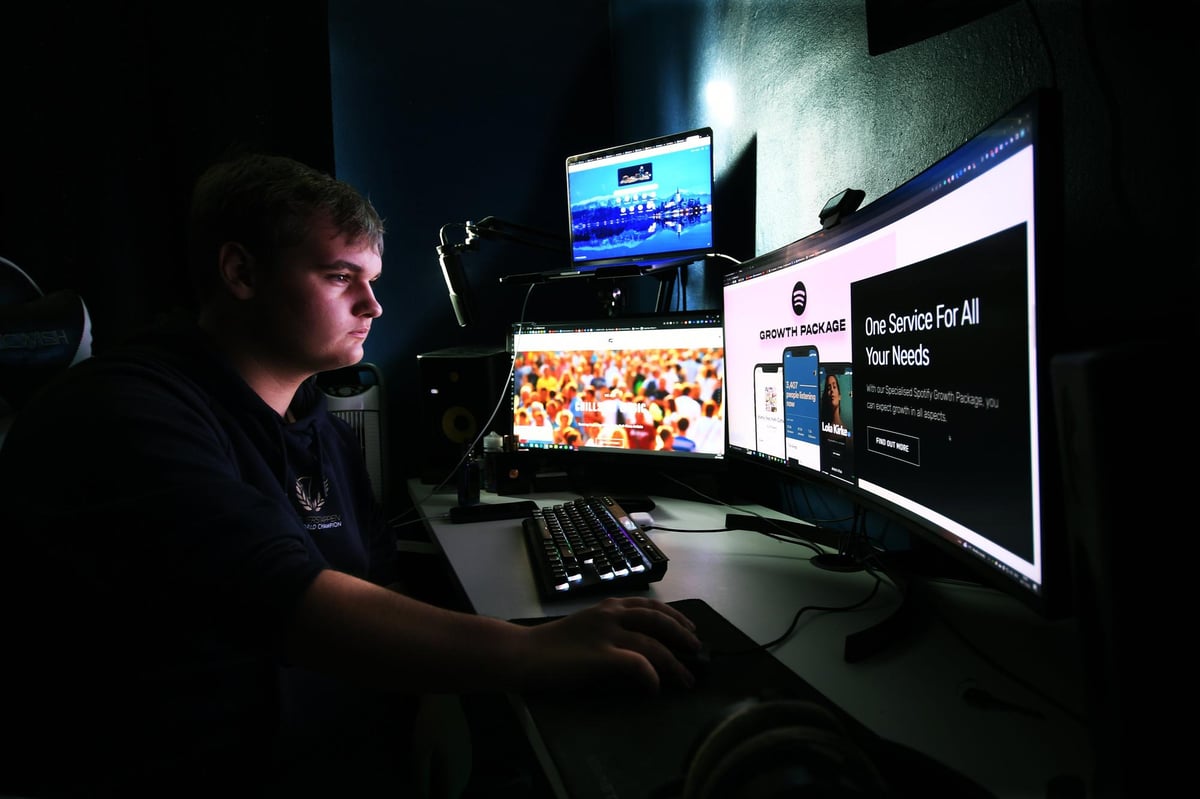 However, Chase Morman showed his business acumen early on and started working on Chillspot Music at “13 or 14”. Now 19, he helps artists across the pond in the United States of America grow their audience and reach new ears with their music.

“I was living in Manchester with my mum and needed some pocket money,” he said. I really grew from there and turned it into something more official, more than myself. I was about 13 or 14, so I’ve been running it for about five years now.

Among the artists he has worked with is Atari Jones, a rapper from Cleveland who once collaborated with global star The Weeknd. “We help new artists or aspiring musicians find their footing,” he explained. “It’s pretty hard to get noticed on social media these days. We help them find suitable people for their music. We are more suited to new artists and we try to help them on their journey.”

The Covid-19 pandemic has presented a significant challenge for the music industry, but due to the online nature of Chase’s business, Chillspot Music has not been particularly affected. Image: Jonathan Gawthorpe

Chase insists there are obstacles to running a business as a teenager, but wants to see more young people take up the challenge of being an entrepreneur. “When I was much younger, I tried to hide the fact that the business was owned by a teenager,” he said. “I always thought it would really impact people’s opinions and it did for some people. Some people would see that and not want to go with the company, but now I’ve learned to really embrace it and let the company speak for itself.

“I think that’s a good thing, but it’s hard, especially networking with other CEOs and entrepreneurs. You’re judged pretty quickly on experience, but I have a lot of experience in starting a business. It’s a good thing because there are not enough young entrepreneurs, I always push the message that you have to do what you want. Try, there is not much to loose.

The Covid-19 pandemic has presented a significant challenge for the music industry, but due to the online nature of Chase’s business, Chillspot Music has not been particularly affected. “The online aspect of the music industry was booming during Covid, we had massive growth because obviously everyone was online and that’s our market,” he said. “We helped artists adapt to a changing market.”

Chase uses a variety of strategies to help introduce artists to people who could potentially be die-hard fans. “We have quite a large following on Twitter because that’s the platform we started on,” he said. “We do bespoke pay-per-click campaigns and ads on Facebook, Instagram and other social media channels.

Among the artists he has worked with is Atari Jones, a rapper from Cleveland who once collaborated with global star The Weeknd. Image: Jonathan Gawthorpe

“We have a set budget for a certain artist if they want to reach people who are interested in independent artists, we will set up a campaign for them and sort them out. I just want to scale it as much as possible. I want to grow, I let it go through its growth phase and then I see where we are.