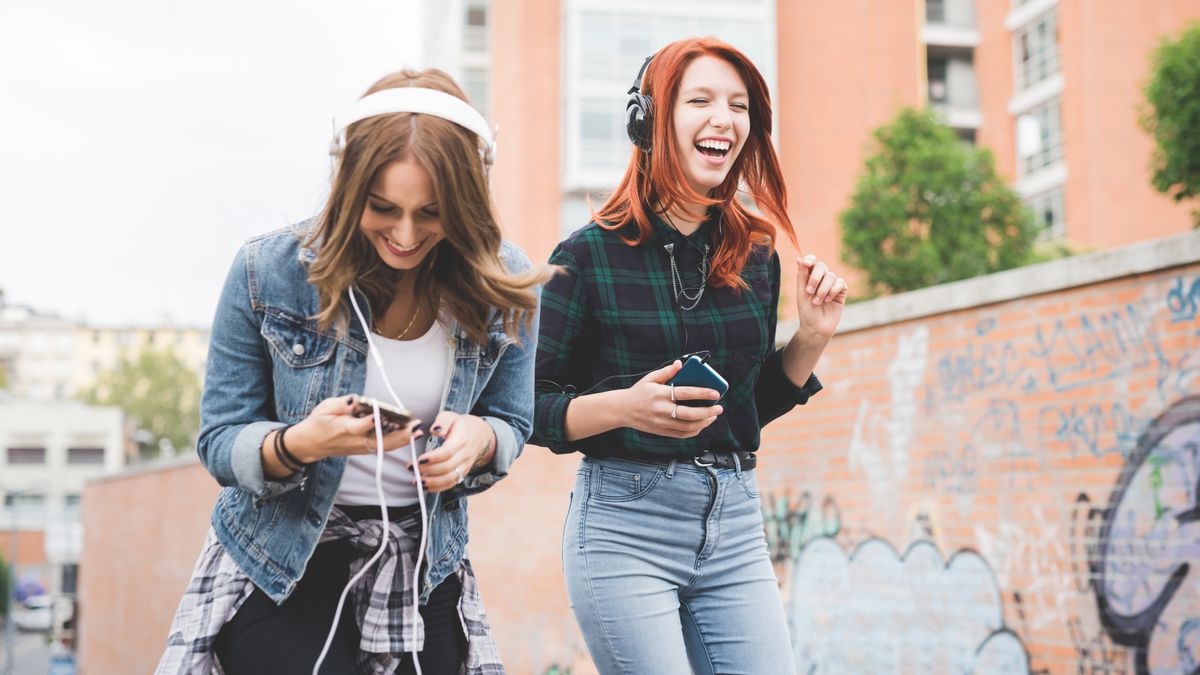 MP3 changed music. By reducing the size of music files without sacrificing sound quality too much, MP3 meant we could take our entire music collection with us or stream it instantly from the cloud.

Almost all portable music players today are MP3 players, but chances are they won’t play MP3s.

This is because audio technology keeps improving. Modern audio services and formats can deliver sound so good that they even exceed CD quality, the kind of sound that gives goosebumps.

So what’s the difference between a portable music player and an MP3 player? Let’s find out.

MP3’s job is to reduce the size of audio files, and it does this by analyzing the music and deciding which tracks to throw away – hopefully in a way you won’t notice.

This was important in the early 2000s, because our internet connections were slow, mobile internet was hopeless, and our devices had limited storage – even the mighty iPod was only 5GB when it was launched. So for many people – most people – the advantages of MP3 outweighed the disadvantages of lower sound quality.

This is still the case with some streaming services today, so for example the standard Spotify service streams music in MP3 format because it is good enough for many listeners.

But Spotify also offers lossless audio just like Apple Music and many other services. The lossless format is also the format of choice for portable audio players today.

As the name suggests, lossless audio means that the original music information is not altered – so if the original was CD quality, the lossless version is also CD quality.

The files are much larger than the best quality MP3s, but they are significantly better – and with today’s fast internet, fast mobile data, and large storage capacities, file size doesn’t matter. no longer really matter.

Some streaming services and many portable audio players take it a step further, with support for high-resolution audio. This offers even better quality than the CD.

Without getting too technical, the quality of the CD is not the same as the original: it scans the original 44,100 times per second to create a digital version that sounds as close to the original as possible. But you can sample even faster, and you can record more information in each sample.

If you do this, you get a higher resolution file that is much closer to the original performance or recording: so instead of 44,100 sixteen-bit samples per second, you could have 96,000 samples of 24 bits. You won’t notice the difference on inexpensive headphones, but if you have high-end headphones or speakers the difference is amazing.

Different vendors offer different versions of high resolution audio, but they all have one thing in common: They are lossless audio files with higher sample rates than CD quality.

How to choose a portable MP3 or audio player

We mentioned earlier that almost all music players support MP3. But there are other formats that you should be aware of as well, especially when purchasing material.

In addition to MP3, there is AAC, a slightly more efficient form of lossy compression, and then there are the higher resolution formats: WAV and AIFF (CD quality) and FLAC / ALAC for higher resolutions.

If you want to buy a portable player with high resolution music capabilities, look for these latest formats: FLAC is the most popular and ALAC is just Apple’s version.

You may also come across DSD, which is the format used by Super Audio CD, and MQA, which is Tidal’s preferred format for high resolution audio.

TechRadar created this content as part of a paid partnership with Huawei. The content of this article is completely independent and reflects the editorial opinion of TechRadar only.

Musical ear syndrome: when the brain creates music from nothing

Super Bowl 2022 performance: who will do the halftime show and the national anthem in Los Angeles?