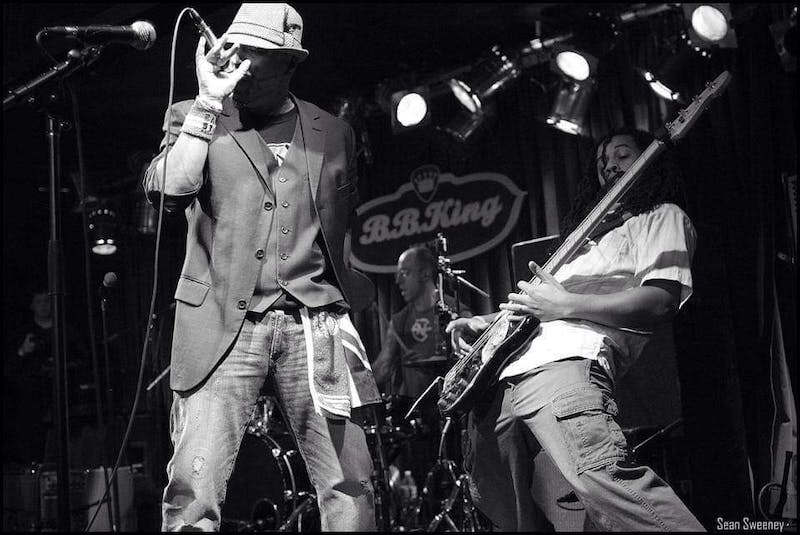 Meet the “killer bass player” of the UP community

Wiggins has been Paschal’s ride-or-die bassist since they met. They can count on each other for any new project where music is involved.

During the pandemic, when the Cascadians went on hiatus, Wiggins and Paschal felt the need to keep making music. So they created their own group: L and T.

It’s a passion project that allows them to develop a new sound and make as much music as they want. L and T capture a more stripped-down sound that focuses on drums and guitar to capture the essence of reggae music.

“The Cascadians are first and foremost a ska band,” Wiggins said. “So all the music tends to be a bit more upbeat. But it’s also The Cascadians, so it will sound like the people who are in the band. And if those people change, it will sound like those people in the band. Whereas in L and T we pretty much strictly do reggae. This sound is therefore almost always slower. And because neither Terrence nor I are singers, those songs almost always sound different because we bring people in to do the singing.

A year after Wiggins came up with the idea to write a song for Martin Luther King Day, he released it on January 17 earlier this year. “To the king”, is a duet of reggae tracks with segments of MLK speeches superimposed.

Wiggins used excerpts from MLK’s speech”The other Americain the title track. The speech focuses on the darker side of America: the poverty and injustice that black America experienced.

“I wanted to do something so that more people would hear that other part of Dr King that I think is important to understanding the position he was in, like who he was talking to and adding depth to what he was talking about. really was,” Wiggins said. .

L and T used “To The King” as an opportunity to team up with Every PDX Childan organization dedicated to supporting children and families in the foster care system.

“We just thought, we’ve got these two tracks, put out some new music and try to help the community, really live up to Dr. King’s legacy,” Paschal said.

Music is important, but the real impact of Wiggins’ music is doing what he can to help the Portland community.

“He wants to use his gifts and talents to share them with people,” Paschal said. “I don’t think people understand how much he wants to help his community and the people around him because he can keep his mouth shut. But Larry isn’t talking about Larry, he’s talking about the world.