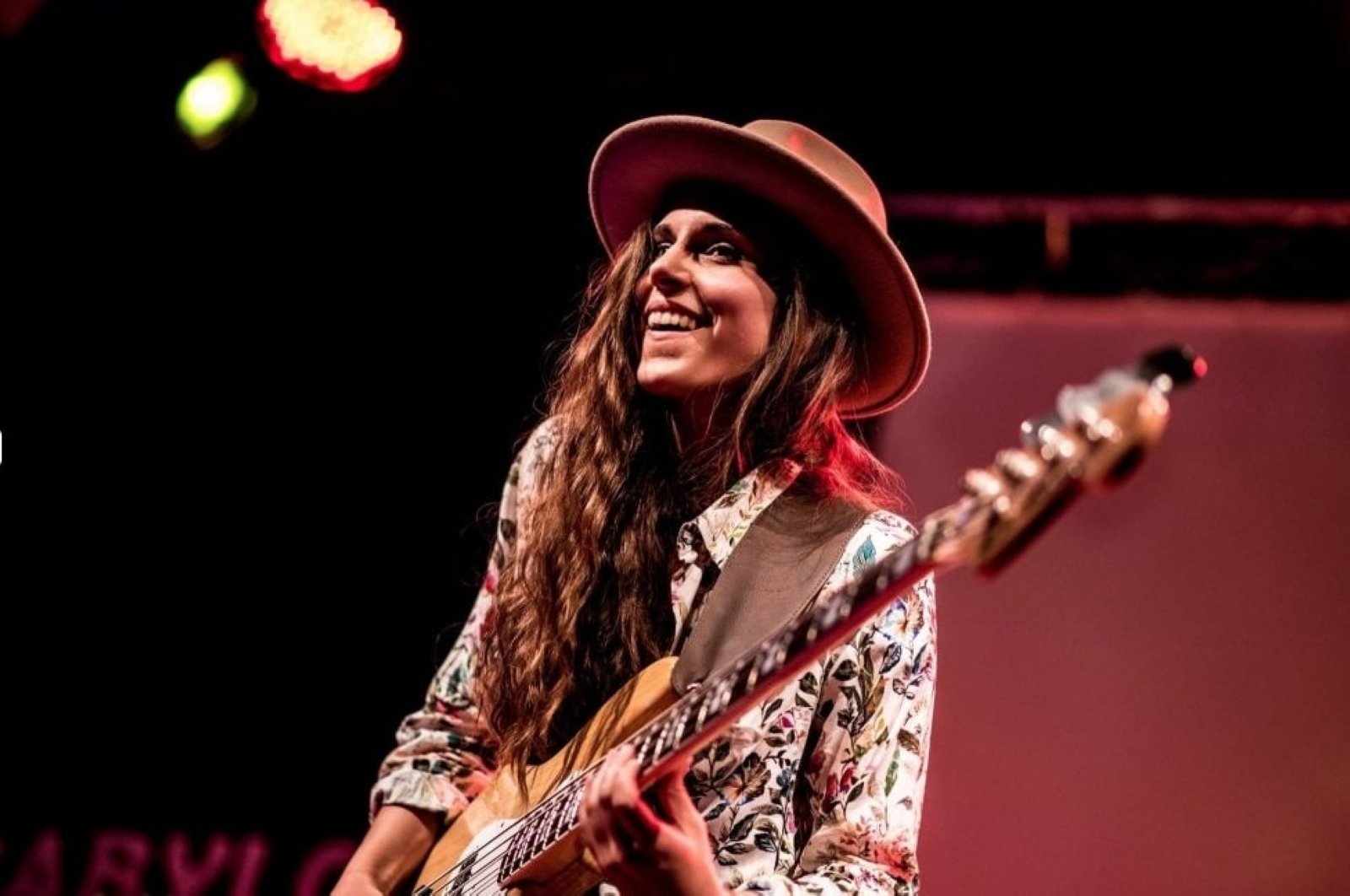 Kinga Glyk, who is only 25 years old, but is nevertheless very talented, has become the leading singer as the biggest jazz sensation in Europe with her new interpretation of bass guitar grooves.

Daughter of the famous Polish vibraphonist Irek Glyk, she started playing music at the age of 12 in a band. Her father was her source of admiration and contributed greatly to her independence as a musician. Her father repeatedly challenged her and never let her give up or lower her ambitions and expectations.

“It was not easy to start at such a young age and become a bandleader, but I don’t regret it. I’m happy that I was able to learn so much playing for a small audience. It helped me to understand what’s important to me in performance and that it’s not just about having huge success I think for me it’s about being persistent and having a clear vision of the next step. Over time, I’ve learned more about what I need to improve on and what I look for in music. The variety of circumstances has taught me to appreciate my audience, regardless of their size,” he said. she declared.

She never planned her future as a child, but life took her into the musical world step by step, trying to be open all the time, even though the next move might be terrifying and uncomfortable, she has always considered taking the risk in her journey.

The world of music has been her language medium through which she strives to expand her vocabulary. She still speaks in a very personal way, but she hopes to continue to improve her word choice in her songs and find better ways to tell stories.

“It’s a real skill to know what to say, when to say and to choose the right words according to the context and the moment. As far back as I can remember, I have tried to focus on the music more than on the sound. I don’t “I never want to get lazy in my creative process, so I just keep exploring and it’s probably a never-ending quest to think outside the box and the next box. There’s always another box to leave,” she explained.

She became a social media phenomenon after her “Tears in Heaven” cover. Quickly, jazz lovers dubbed her the savior of European youth jazz.

About her fame on social media, she said: “I am grateful that social media has allowed me to reach a wider audience. It is very difficult these days to attract an audience, there are music everywhere. It seems we have to fight for more than ever in the market. The virtual world sometimes swallows precious things. They just disappear in a jungle of information because the “likes” rule everything .I’m afraid people today might suddenly get these titles of ‘the best’ or ‘the up and coming.'” When so many ‘artists’ get the title of being the best, its meaning gets twisted and it is a bit difficult to discriminate the quality among so many options.

Glyk recently released an album titled “Dream,” which she describes as more than an album.

“Every step changes me. It doesn’t matter if I’m training in my room and suddenly realizing something, if I’m on stage with hundreds of different emotions, or if I’m in the studio recording an album “Sometimes the change is more visible and I love it when that’s the case, because you know you’re improving. Being in the studio with such great musicians is a very powerful experience,” she explained. .

For the first time, she will be on stage in Ankara, the capital of Turkey, on the spacious CSO Ada Ankara stage, one of the most famous, on Saturday evening, promising a night full of dazzling jazz melodies. She said she had come across Turkish music and appreciated that it was so distinctly recognizable.

“It will be my first time in Turkey and I feel honored to be able to explore countries through my musical creation that I could not see otherwise. For me personally, these shows also mean my journey with my album “Feelings” is slowly touching. coming to an end and I think it will be special to be able to play the last concerts somewhere I’ve never played them before,” Glyk shared of his excitement ahead of his concert in Türkiye.

Keep up to date with what is happening in Turkey, in its region and in the world.