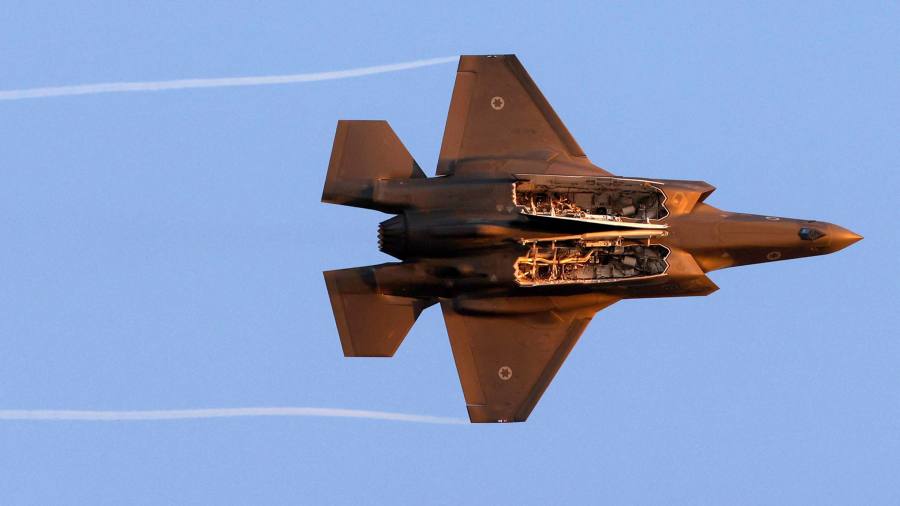 Live News: Lockheed signals interest in precision weapons and aircraft overseas due to war in Ukraine

European gas prices jumped above €100 per megawatt-hour on Thursday on renewed uncertainty over the flow of gas from Russia to Europe.

Concerns reflected Moscow’s imposition of sanctions on major gas companies that Berlin has taken control of and the disruption of a gas pipeline through Ukraine.

Future contracts tied to TTF, Europe’s benchmark for wholesale gas prices, jumped more than 12% to €106 per megawatt-hour from around €90 per megawatt-hour earlier in the week, Russia’s gas supply from the continent subject to a host of new threats.

On Wednesday evening, the Kremlin imposed sanctions on Gazprom Germania, a collection of companies formerly owned by Gazprom, the Russian state gas company, which Berlin bought last month. The new legislation prevents Russian entities from selling gas or dealing with a number of Gazprom Germania companies.

Astora, one of its subsidiaries, is one of the largest holders of underground gas storage in Germany and Wingas, WIEH and WIEE, also under Moscow sanctions, are gas distributors in Germany carrying out d important transactions with Gazprom.

The German government has not yet described the impact the sanctions could have on the gas supply. Andrei Belyi, gas consultant at Estonia-based Balesene, said the Russian state had “raised the level of uncertainty for European buyers and consumers”.

Gas traders have been focusing for weeks on a new ruble payment mechanism demanded by Russia, which has led to Poland and Bulgaria being cut off from Russian gas. The row could flare up again later in May when payments are due from more European buyers.

Due to uncertainty over Russian gas supplies, German electricity prices next year hit their highest level of the year to date on Thursday at €227.75 per megawatt-hour, according to Refinitiv. Electricity prices tend to follow rising gas prices.

Sheffield Property: Fabulous barn conversion on 4.5 acres of land with tennis court for sale at £1.8m