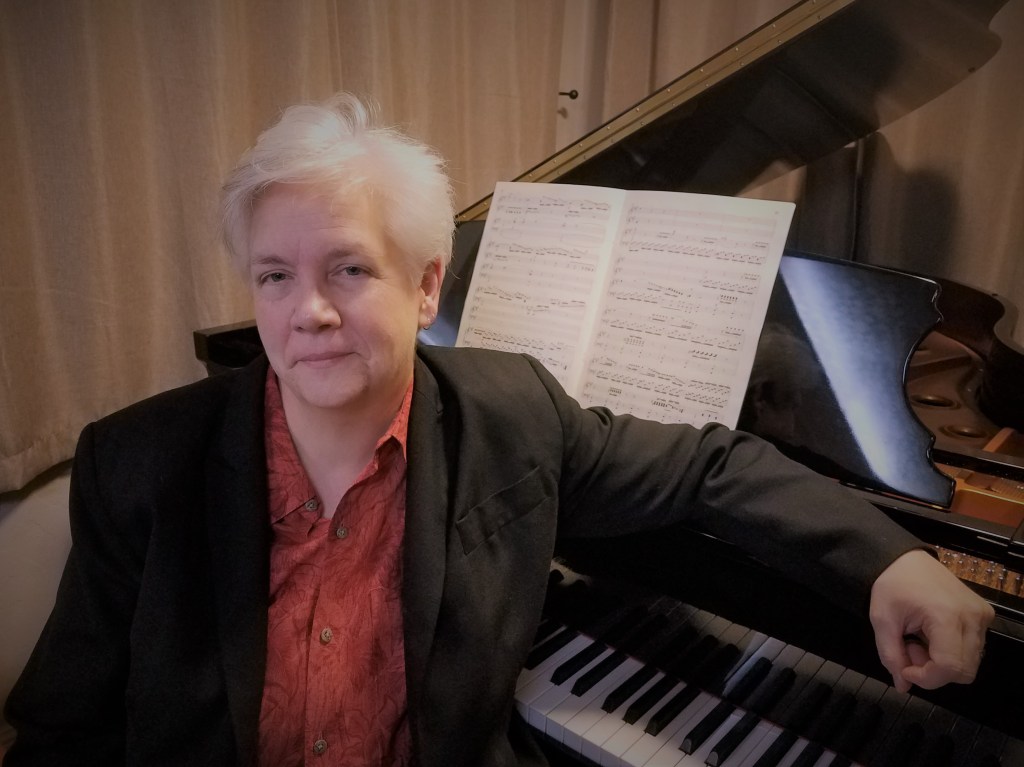 LAKEPORT—The Lake County Symphony performs music by Wolfgang Mozart and others during the 2022 “Amadeus in Autumn” Fall Concert at 2 p.m. on Nov. 20 at the Soper Reese Theater in Lakeport. The other composers featured in this concert are Camille Saint-Saens, Jean Sibelius, Christoph Gluck and Felix Mendelssohn.

The concert begins with a performance by the new community orchestra and young people playing several energetic and recognizable pieces that are guaranteed to create noise from the audience.

After things have calmed down, conductor John Parkinson begins the main concert with “French Military March” from the Algerian Suite, Op. 60 by Saint-Saens. (1835-1921). A French composer, pianist, organist and conductor of the Romantic period, Saint-Saens was a child prodigy who gave concerts at the age of 10. Saint-Saens composed over 300 works, including operas, symphonies, oratorios, cantatas and piano. concertos. He also witnessed the beginnings of 20th century music and was the first musician to compose for film. Saint-Saëns first visited Algeria in 1875 and developed a lifelong love for the country. He wrote his “Algerian Suite” in 1880. This work is written in four movements; the last movement has become very popular on its own and is the movement featured in this concert.

“Finlandia”, by Sibelius (1865-1957) comes next in the concert program. Sibelius was a Finnish composer widely regarded as his country’s greatest composer. His rousing and rambunctious piece is often credited with helping Finland develop a national identity during its struggle for independence from Russia. “Finlandia” premiered in July 1900 in Helsinki and had to be performed under alternate names at various musical concerts to avoid Russian censorship. The titles under which the piece was masked were numerous and often confusing.

Next comes the “Dance of the Blessed Spirits” by Gluck (1714-1787) which is taken from the second scene of Gluck’s opera, “Orfeus et Euridice”, the most popular of his works. Patricia Jekel, principal flautist of the Lake County Symphony, is the soloist. This piece has been called “pastoral” and “tranquil”, which some find surprising in an opera about Orpheus’ journey to Hades, the realm of the dead, in search of his late wife.

The first half of the concert ends with “The Hebrides Overture” by Mendelssohn (1809-1847). Although called an overture, the work is conceived in the manner of the Romantic era as a stand-alone piece. Mendelssohn was the scion of a wealthy German family and was considered a prodigy along with Mozart. He wrote this play after experiencing a strong emotional reaction when visiting the Scottish islands at the age of 20, on his ‘grand tour’ of Europe.

In a letter to his sister, he shares with her the first bars of the piece. He wrote: “In order to impress on you how extraordinarily the Hebrides have affected me, I send you the following, which occurred to me there.

After the intermission, the Symphony performs two pieces by Mozart, (1756-1791), one of the most prolific and influential composers of the late Baroque-early Classical period. Kelsey Wiley, principal horn player (first chair) of the Lake County Symphony, is the star soloist of Mozart’s Horn Concerto No. 2 in E flat major.

The last piece of the concert is Mozart’s Symphony No. 35 “Haffner”. He created this piece in response to a request from his father for a new symphony in honor of Sigmund Haffner, a family friend who was raised to nobility. But he felt rushed (his life was hectic at the time) and thought the play was not up to his usual standards. So when Mozart reviewed the score a little later, he was amazed at its quality. He decided to make a symphony out of it. First performed in Vienna in 1783, it was well received and financially successful.

LCCYO will perform at the next LCSA concert

The Lake County Community and Youth Orchestra, under the direction of Dr. Camm Linden, will perform at the start of the Lake County Symphony’s Fall Concert this Sunday, as has been tradition for the youth orchestra in the past. The musicians will play several catchy and well-known pieces, all arranged by Richard Meyer and all guaranteed to get your feet tapping.

The LCCYO begins its performance with “Can-Can” by Jacques Offenbach, an excerpt from the 1858 comic opera “Orpheus in the Underworld”. Originally known as “Galop infernal”, it gained popularity when the Moulin Rouge and the Folies Bergère in Paris chose it as the music for their famous Can-Can dance.

The second piece is “Habanera” from “Carmen” by Georges Bizet, in which Carmen sings about “love being a rebellious bird that cannot be tamed”. It is perhaps the most famous aria from the 1875 opera. The melody is based on the song “El Arreglito”, written by Spanish musician Sebastian Yradier. Bizet thought he was borrowing from an old folksong, but upon learning that the tune had been written just 10 years earlier, he immediately recognized Yradier as the source in his manuscripts.

The final selection is “Radetzky’s March” by Johann Strauss, Sr. in honor of a heroic Austrian field marshal named Joseph Radetzky von Ratetz. It was first performed in 1848 by an Austrian army band for a group of Austrian officers. Apparently, it was an instant hit. The officers were so captivated by the joyful and festive mood of the music that they started clapping and tapping their feet to the beat. It is a hearing tradition that continues today.

Tickets for the 2 p.m. concert are $25 for general seating and $30 for premium seating and are available for purchase on the Soper Reese website. (https://www.soperreesetheatre.com) LCSA members receive a $5 discount. The symphony orchestra invites the public who wishes to attend to arrive 30 minutes in advance when purchasing tickets at the door for the regular concert at 2 p.m. The 11 a.m. dress rehearsal is $5 for adults and free for those under 18. Symphony notes, please arrive very early to ensure your place.