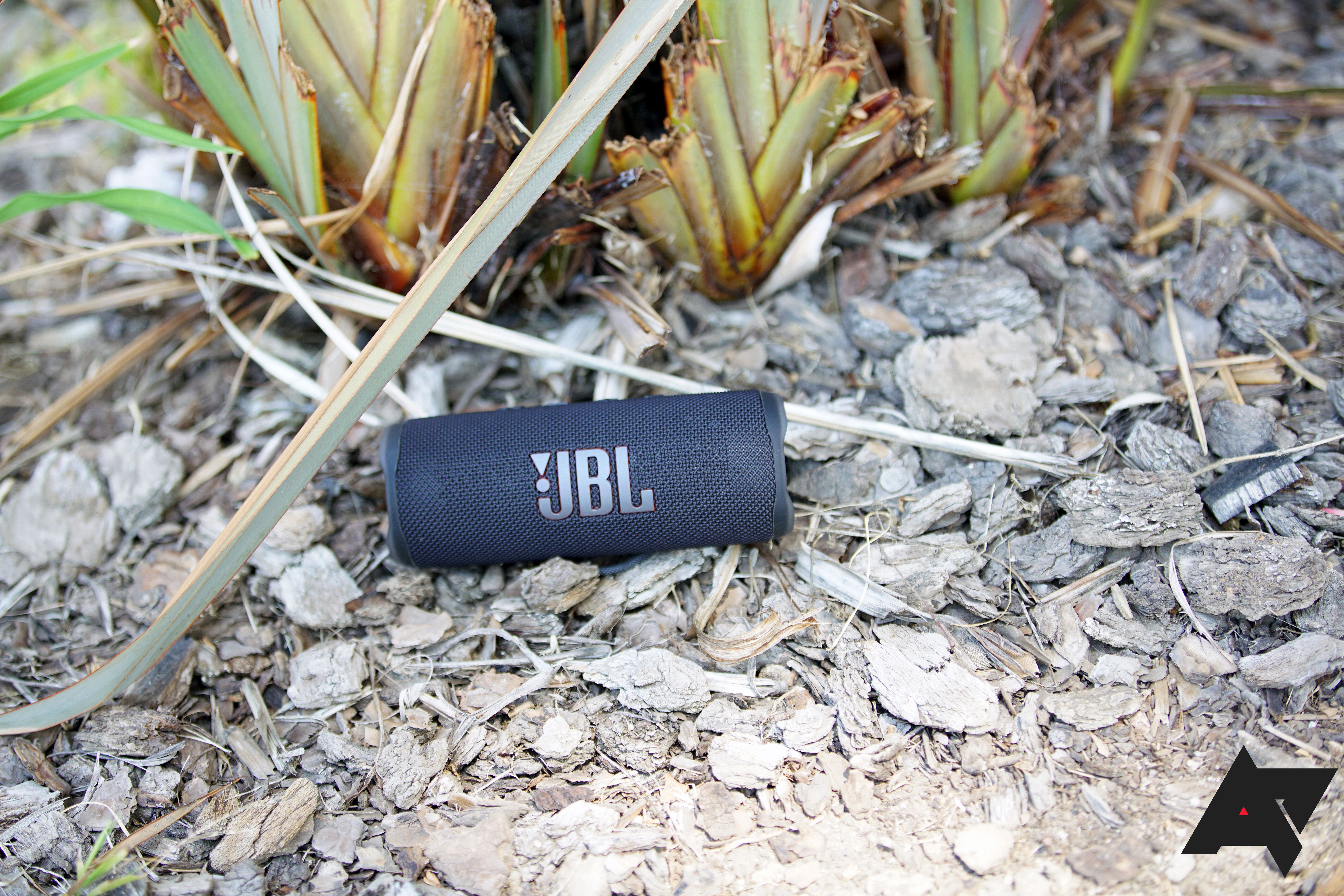 The latest iteration of JBL’s signature mini Bluetooth speaker is a graceful evolution. Taking a quick look at the Flip 6, the differences with the Flip 5 seem a bit minor. While things like the USB-C charging port, power and Bluetooth buttons, and various media control layouts look similar, there have been some smart updates.

Sound quality is a bit better thanks to a 10 watt tweeter added above the 20 watt woofer. Compatibility with JBL’s mobile app allows for certain EQ settings to further customize sound quality, no matter what music player you’re using. Most importantly, the IP67 rating makes the Flip 6 perfect for the beach or camping. It’s a shame that battery life doesn’t see the same updates, although 12 hours is still plenty.

These quality updates make the $129 Flip 6 well worth the price. In fact, it’s definitely one of the best portable speaker options. Between audio driver updates and the JBL app that has a customizable equalizer, the sound quality here is terrific. These improvements, from dust resistance to design tweaks, go a long way to making the Flip 6 more than just a refresh.

The JBL Flip 6 is a splendid improvement over its predecessor, with phenomenal audio quality and exceptional durability.

As mentioned earlier, the design of the JBL Flip 6 hasn’t changed much aesthetically. However, the improvements go a long way towards making it feel like more than just a light overhaul. The JBL logo is much larger, and the side radiators feature the company’s inverted triangle and dot badges. The power and Bluetooth buttons, along with the USB-C charging port and LED battery indicator, really push the design forward, fitting into a smaller oval casing, and the mesh wraps around the speaker assembly on the sides. For a nice extra touch, there’s a small bar that acts as a stand when you lay the Flip 6 horizontally.

Although the Flip allows users to listen to the speaker vertically, it’s not conducive to an absolute audio quality experience; but it’s a cool trick. For people who like to color coordinate their audio experience, the Flip 6 comes in six colorways. The Flip 5 already featured a rugged build with IXP7 waterproofing. This time around, the Flip 6 adds IP67 dust resistance, which means audio quality shouldn’t degrade after multiple trips to the beach. On its own, the rugged portable speaker can also withstand bumps and drops with no problem.

In terms of features, the portable speaker retains the JBL PartyBoost feature which allows users to connect multiple Flip 6s for a louder party experience or stereo sound. Users can connect by pressing the PartyBoost button next to the pause/play and volume up/down buttons or through the JBL app. Apart from displaying battery life and streaming firmware updates, there’s a handy equalizer that also lets you customize the Flip 6’s audio experience on the app. Nothing too complicated or robust, but the JBL app helps to improve the user experience.

It’s just a shame that the speaker can’t be used for phone calls, which seems odd given that many users are likely connecting to the Flip 6 through their phones. The main reason is that it doesn’t have a microphone. Having a mic in addition to water and dust resistance would likely have raised the price beyond its fair price of $129, so that’s understandable.

After the Flip 4 came out, JBL removed the aux port in later versions, which is a shame, and it continues on the Flip 6. Besides wired connections sounding better, it would be nice to connect devices that don’t. may not have Bluetooth. , such as some vinyl record players or projectors. Having an auxiliary port could also increase the battery life of both the portable speaker and the device it streams audio from. Unfortunately, the Flip 6 can’t do that.

The sound quality of the Flip series has always been incredibly bass-rich with respectable volume levels. This continues with the Flip 6, but with some admirable improvements. The addition of a 10 watt tweeter allows for more musical nuance during listening sessions. If you’re listening to jazz, classical music, or rock in a quiet place, the mids and highs are clear enough to distinguish the instrumental layers. The JBL mobile app can boost the sonic clarity of more complex instrumentation with EQ settings, though the Flip 6 generally leans more into bass-heavy territory.

Sitting by the pool or at the beach, the Flip 6 is definitely for people who prefer bass-heavy genres like EDM, Hip Hop, and modern Pop music. Despite its size, powerful bottoms come out of the speaker. During the tests, two albums came to mind, including that of Rosalia Motomami album released earlier this year and Beyoncé’s latest house-influenced project Renaissance. Even with the bass pushed to the max, the sound never cracked. JBL understands the Flip 6 market very well and the audio experience is aimed at this demographic.

Although JBL promises around 12 hours of battery life for the Flip 6, we were able to get 10.5 to 11 hours before it completely shut down. When using this test, the volume and bass were at maximum. It’s definitely good enough for beachside frolicking with friends and White Claws. Charging the Flip 6 takes about two and a half hours and it will still work while charging. Also, it’s now easier to track battery life via the JBL app, given that the LED light doesn’t help much until it’s near death.

Should I buy the JBL Flip 6?

The incremental updates to the JBL Flip 5 aren’t easily noticeable on the Flip 6, but they make a difference. Everything from the audio experience to compatibility with the JBL mobile app helps elevate the portable mini speaker. Simply put, the music listening experience on the Flip 6 is a blast regardless of genre. However, bass-heavy genres sound best.

Design-wise, the small changes, including the small support bar, reduce the jitter that kept previous iterations from being the best. Having IP67 dust resistance this time around in the mix definitely offers a new layer of durability alongside waterproof capabilities.

Once someone pulls out the Flip 6, it’s obvious a party is about to begin, especially if their outfit matches one of the available colors. During our time with the audio device, the Flip 6 was simply a joy to use. Just understand that the Bluetooth speaker shines outside for a weekend party with friends or a group yoga session. Phenomenal audio clarity, smartly advanced design, serious durability and respectable battery life make the Flip 6 a top contender for anyone who needs a small wireless speaker in the lower range. at $150. Hopefully a phone call doesn’t interrupt any vibes.

At $129, there’s plenty of value with the Bluetooth speaker, as the JBL Flip 6 is also one of the coolest portable speakers around.