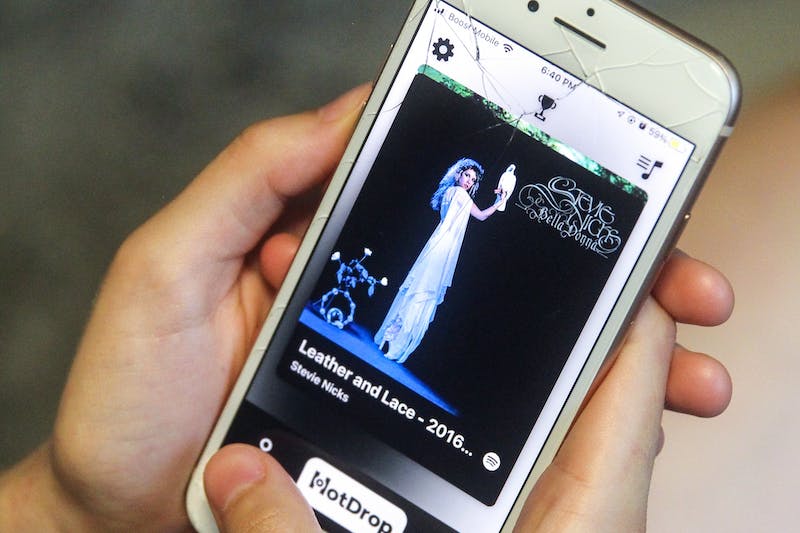 IU senior finance majors Max Goldberg and Steven Segel launched their own app, Hotdrop, in September 2021 to help people discover new music and artists. This company recently led them to be accepted into the Techstars startup accelerator program with a $3 million valuation.

Goldberg and Segel are taking this fall semester to participate in a 13-week program from September 19 to December 15 in Portland, Maine, where they will have access to mentorship and additional start-up funding. Segel said the choice to miss school for this opportunity was a no-brainer.

“I was completely confident in the decision,” Segel said. “We’ve always looked for the opportunity to work there full time and dedicate every hour of the day to Hotdrop.”

The Techstars application process is long. Goldberg and Segel said they started the process in late May 2022 after receiving an email from Lars Perkins, managing director of The Roux Institute Techstars Accelerator. After four rounds of interviews and presentation of their product, they were accepted into the program in August.

Techstars looked for companies that were building a product that solves problems and revolutionizes the way people live and work. The program helps startups focus on their operations while connecting them to a global network that helps entrepreneurs succeed, according to a press release from Techstars.

Less than a month after its release last September, Hotdrop had 25,000 users and two million songs discovered. Goldberg said that after Hotdrop was released, they received hundreds of emails with artist comments.

“We realized the demand here was to create a two-sided marketplace or community where artists can actually upload their music to be discovered by this vibrant community that we’ve built,” Goldberg said.

Since their school break, Goldberg and Segel have been working to change the app’s original structure and create something new, called Hotdrop Studio. Hotdrop Studio lets artists see how people interact with their music through analytics, without having to pay studio production costs.

“Our vision and mission behind Hotdrop Studios is that we want to enable independent artists to have the same opportunities that artists signed to the label have on independent budgets,” Segel said.

While Hotdrop was in its ideation phase, Travis Brown, Executive Dean of the Luddy School of Informatics, reached out and told Goldberg and Segel to visit the Shoemaker Innovation Center in Luddy. The “shoebox” helps students take ideas and turn them into innovations, offering mentorship, resources and scholarship opportunities, according to its website.

Goldberg and Segel attribute much of their success to Indiana’s entrepreneurial opportunities, whether it’s being members of Luddy’s Shoebox or having investments from IU companies.

Goldberg and Segel also agree that having such a strong curriculum as Jacob’s School of Music makes Hotdrop’s new studio even more relevant to IU. They said they were targeting awareness and offering Hotdrop’s free services to Jacob’s students.

“Our mission is to help independent artists and level the playing field, because they really have no chance of competing without promotion and data services like Hotdrop,” Goldberg said.

Both Goldberg and Segel hope the success of their app will allow them to keep Hotdrop in their full-time careers. Their goal is to let people hear new artists that aren’t available on other streaming apps and create success stories for new artists, they said.

“If we can blast an artist that was nobody before Hotdrop, that business is going to be huge,” Goldberg said.