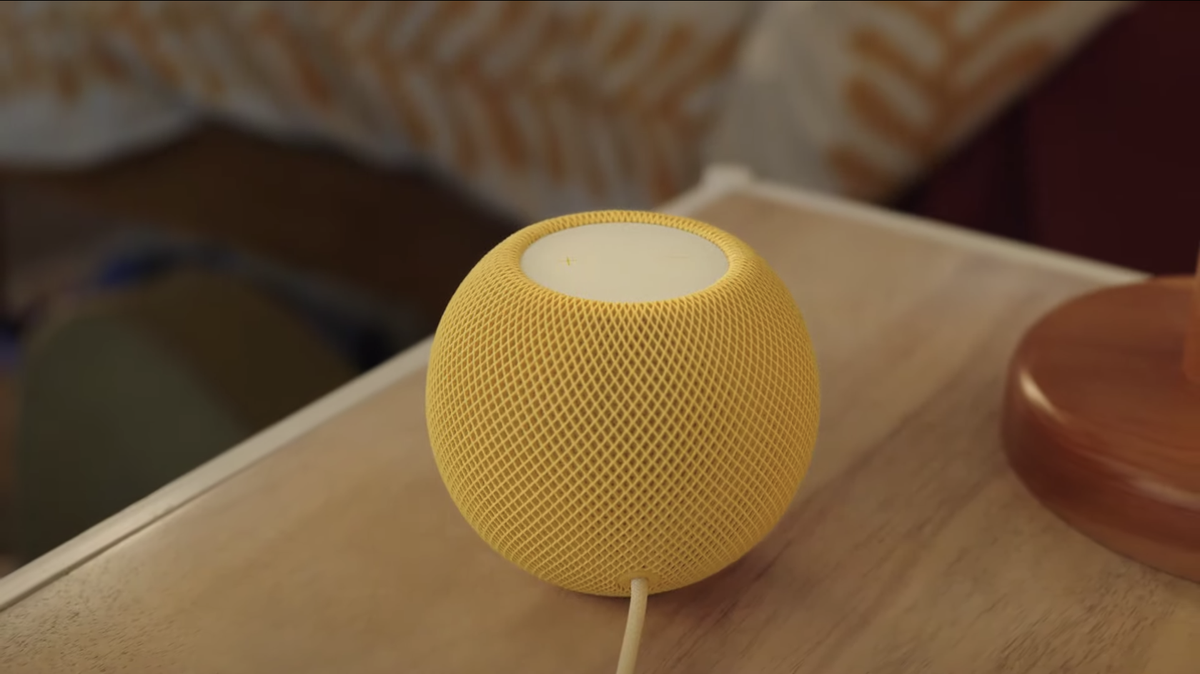 I would buy an Apple HomePod – if it had this feature

There aren’t many Apple product lines that I haven’t owned or tested. The one I’ve avoided is the HomePod – meaning both the original Apple HomePod and the $99 Apple HomePod mini – which is odd, as I write about smart home devices for earn my living.

My hesitation with HomePod is that it doesn’t serve the purpose for me. I already have a lot of the best smart speakers lying around, from great Sonos soundbars to my Amazon Echo Dot with always-reliable clock. When I need to talk to Siri, I summon her from my iPhone or Apple Watch.

Apple has taken significant steps to improve the HomeKit experience on my iOS and watchOS devices, specifically updating the app interface in watchOS 8 on my Apple Watch 7. The revamped HomeKit app is the new Apple feature Most underrated watch in watchOS 8, if you ask me.

Plus, more top smart home device companies are offering HomeKit-enabled options than ever before. We saw several HomeKit-enabled video doorbells at CES 2022, as well as Schlage’s new smart lock that works with Apple’s digital keys for NFC control via iPhone or Apple Watch.

So it’s not really HomeKit that’s the problem. It’s Apple’s HomeKit hardware. While the HomePod mini offers solid audio quality and ensures that Siri is always within earshot, it’s not diverse enough to drive a purchase compared to the variety found among the best Alexa speakers and the best speakers. Google Home speakers.

Something the Google Nest and Amazon Echo lineups of devices have that Apple has yet to embrace are smart displays. Whether on my kitchen counter or my bedside table, smart displays provide visual interfaces for communications, entertainment, smart home controls and more.

It took me until recently to realize that a HomePod with a screen is the HomeKit device I’ve been waiting for. I saw the beauty HomePod smart display concepts conceived by Parker Ortolani for 9to5Mac a few days ago, and I can’t stop thinking about it ever since.

In the realistic renders, Ortolani conjured up a HomePod with a circular screen. The device is angled in relation to the actual HomePod mini, placing the speaker’s touchscreen in natural light.

Ortolani presents a very compelling case for the “HomePod touch”, suggesting that it should run some version of watchOS. It could borrow Apple Watch watch faces, music player and, of course, HomeKit controls. You can already make and answer phone calls using the HomePod mini, but with a screen you might be able to see contact pictures, volume levels, and mute status.

The product designer is also offering to expand the HomePod mini’s exterior color options. Apple initially rolled out the HomePod mini in black and white, then added orange, yellow, and blue versions at an Apple event last October. While a hot pink HomePod might look pretty next to my pink iPad mini 6, I’m much less concerned with the details of the case than wanting a HomePod smart display.

Again, HomeKit has successfully won me over. It took a few years, but it’s catching up with Alexa and Google Assistant. I’m just waiting for my dream HomePod speaker smart display to give HomeKit its main character moment in my smart home.