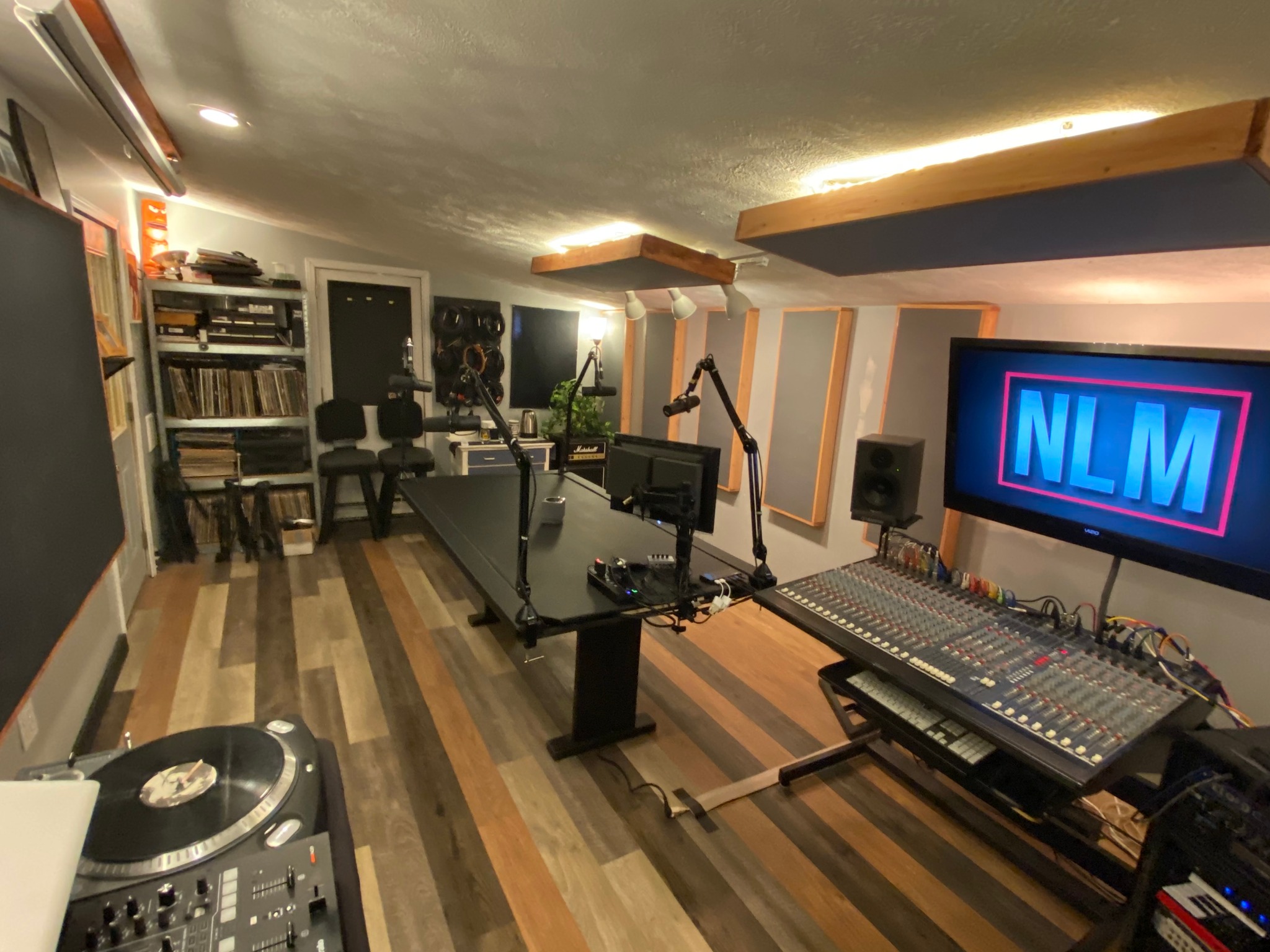 A look inside a TC recording studio

Live music is raw, passionate, spontaneous, immediate, magical and temporary. Hearing a large band lock themselves into a groove or triggering a moment of celebration on the dance floor is electric precisely because of its transience. When the song is over, when the house lights come on, when the band leaves the stage, there’s no way to experience that magic in the same way.

Suffice it to say, there’s a good reason music studios exist. A live performance is fleeting, but a breathtaking studio recording is forever. If you think of your favorite band or songwriter, chances are their definitive work won’t be a live concert or recording, but a song or album with all the sparkle and shine of magic. from the studio.

But what goes into creating and capturing that magic in a studio? How does a great live band convey what they do without an audience at hand? And how can you, if you’re a budding musician, turn your songs into beautiful, lush recordings that will last forever?

For this week’s musical number, Northern Express connected with one of the region’s recording pros – Mark Wilson, owner of New Leonard Media – to pull back the curtain on how the music we love is made.

The studio
New Leonard Media is a Native American-owned recording studio that specializes not only in music production, but also in recording podcasts, voiceovers, promotional materials, and even videos. Wilson, owner and operator of New Leonard, says it’s often necessary for studios in small markets like northern Michigan to do “a myriad of things” in order to pay the bills.

But make no mistake: Wilson is a musician to the core. New Leonard’s website describes him as “a lifelong DJ with a passion for hip hop culture and producing organic, classic boom-bap instruments.” He is also a graduate of the Conservatory of Recording Arts and Sciences, a renowned technical recording school based in Arizona. holds certifications in Logic Pro and Pro Tools; and welcomes musicians of all persuasions to his studio, from rappers to folk singers to rock bands.

Customers
So who exactly shows up at a Northern Michigan studio to record a track or record an album? According to Wilson, it’s a motley crew of different clients. (Not to be confused with hair metal legends Mötley Crüe, who have yet to pass.)

“I’ve recorded a lot for people whose grandmother loves her voice and who want to have a compilation of some of their songs, either originals or covers,” Wilson explains. “In these types of situations, we can get the backing tracks and just record their vocals, like karaoke.”

Other times, the clients who come to New Leonard are amateurs who enjoy playing music together and just want to document that experience. A few weeks ago, Wilson recorded a family of musicians who all live in different parts of the country. When family members found themselves in the North at the same time, they took advantage of their fleeting proximity by booking recording time. “My studio was adapted to that [project]notes Wilson. “It was banjo, fiddle, guitar and vocals, and it was really just a family thing, where there’s not a lot of pressure on what the release is going to be like. were just having fun and we could give them something good and professional.

Occasionally, a larger project will come through the doors of New Leonard. For example, over the years Wilson says he’s worked with a renowned producer who has both local roots and a record company full of “great touring bands.” Sometimes these bands would come to northern Michigan to work on their albums, and the New Leonard crew would get the call to lend a hand.

The registration process
Regardless of the client, the big question is: how do you create a professional quality song in the studio?

In most cases, Wilson’s starting strategy is to establish what is called a “scratch trail”. A scratch track is essentially a sketch of a song, not intended to serve as a final recording, but rather a map that the recording engineer and artist can use to navigate the rest of the recording process.

“If it’s a band, they’ll play together once with a metronome in their headphones, to keep the timing correct,” Wilson explains. “We call this recording the scratch track. Next, we’ll go back and register each player separately, one at a time. So, for example, we’ll only play acoustic guitar, and I’ll put [that player] in the cabin and place it correctly and record this audio alone. We do this for all the individual parts, playing with the scratch track until we have it all. Then, at the end, we get rid of the scratch track and mix all the parts to build the final piece.

In most cases, Wilson says artists or bands just need to bring their instruments and themselves to the studio to record. New Leonard – and any other professional recording studio – will be fully equipped with all necessary equipment, such as microphones and mixers. There are a few exceptions to this rule: for example, Wilson notes that he doesn’t have a grand piano in his studio, which may mean going somewhere else to get a piano track if the artist wants or has one. need.

Frequently Asked Questions
If you’re considering setting aside time in the studio to record a song or create an album, you probably have a few big questions you want answered before you write a check and schedule the recording block. We’ve asked Wilson some of the most frequently asked questions so we can provide a crash course in what you need to know.

How much does it cost? This question, says Wilson, is the hardest to answer, if only because there are so many different variables at play in any given recording project. Everything from the size of the band to the number of rehearsals the musicians can have can impact the time it takes to record, which can in turn add money to the final bill. In most cases, Wilson says his recording projects land between $50 and $2,000.

How can you prepare? While some legendary albums were created by bands hanging out, jamming and writing songs in the studio – if you watched last year’s The Beatles: Get Back, you know what we’re talking about – Wilson says this approach doesn’t It’s not necessarily ideal and can be extremely expensive for the average person or group. Instead, he encourages artists to come well prepared and with a good idea of ​​what they want to accomplish in the studio. Musicians who know what they’re hoping to record and who can nail their parts in a few takes will derive more value from time in the studio than artists who hope to “get it” in the moment.

What can a studio offer that a DIY approach can’t? With the advent of GarageBand and other recording software technologies, it has become much easier for artists to create decent sounding music at home, without the help (or cost) of a studio. professional. For his part, Wilson does not consider home recording to be a “competitor” of the services he provides. In fact, it even encourages potential customers to try their hand at recording, overdubbing, and mixing music on their own. “No matter what level you consider yourself as a recording artist, this will be your scrap paper,” he says. “You need to have that freedom to play and record and listen, because those are the types of things that will allow you to be better prepared before you hire someone to help you produce your music.”

As for the value an expert can bring, Wilson emphasizes two things: objectivity and time. Having an extra (unbiased) pair of ears to your music, he says, is invaluable in guiding any musician to a better finished product. Regarding time, Wilson notes that many of the steps involved in producing a top quality studio recording are time consuming and tedious. “If you know someone who can do it faster, or is just willing to do it, that’s valuable,” he says. “A lot of times, if someone has the budget, they’d rather pay someone else to tune their vocals or edit the drums, just because those aren’t the sexiest parts of the process.”

The future of studio anatomy
Since 2012, Studio Anatomy has been a key cog in the Traverse City music scene, with owner Brian Chamberlain transforming the company’s basement digs in the historic Arcade building in downtown TC into a hybrid recording studio , a music room, a record store and a complete meeting place for music lovers.

This chapter of Studio Anatomy is complete. Earlier this year, Cherry Republic announced that it had purchased the Arcade building and would be renovating and repurposing the structure as the new Traverse City site. This news meant that longtime tenants like Studio Anatomy would have to move out by September 7 and find new homes. When Northern Express contacted Chamberlain for this article, he said the studio had completed its final sessions several weeks ago and was busy packing up space and “working on finding a new location for Studio Anatomy”. .

In March, when news broke of Cherry Republic’s purchase of the Arcade building, Chamberlain said Northern Express sister post The ticker that he was in talks with Cherryland Center management about the possibility of converting the former Younkers department store space into a new home for Studio Anatomy. Chamberlain envisions the space becoming the home of not only a recording studio, performance hall and record store, but also a group of artists’ studios, a gallery of art, an indoor skate park and an ice rink, a brasserie, etc.

That plan is still in the works: On August 19, Studio Anatomy will team up with the Traverse City Roller Derby to host a “Save The Studio Benefit Show.” The event will take place at Howe Arena and will feature local bands Tiny Tree, Ficus, Avid Kain, Infinium and Captain Lemo. Tickets are $20 in advance or $30 the day of the show and can be purchased online at studioanatomy.com/shows.

Dos Leones ranks in the top 10 of the national contest