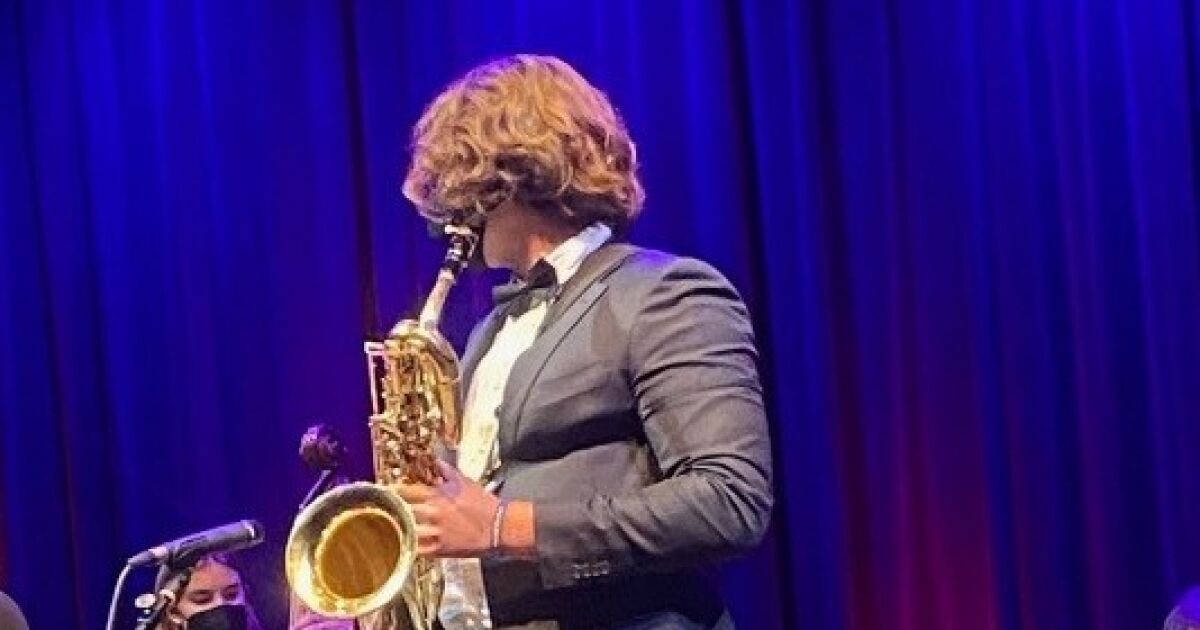 Kai Faucher, 6-foot-6, 280 pounds, pulls off the rarest of doubles. On Friday nights, he’s a standout offensive and defensive lineman for Studio City Harvard-Westlake High. Three or four times a year he also plays the baritone saxophone at school concerts.

“Kai stands out in any crowd,” said Terry Barnum, athletics director at Harvard-Westlake. “He looks like the other students, just three times bigger. We order an extra wide chair for him.

Committed to Brown for football, Faucher has made jazz a part of his life ever since his seventh-grade music teacher suggested he switch from symphony to jazz because “you’re too good.”

“It was more in the nature of improvisation than classical music, so I got into playing various acts,” he said. “I fell in love with music.”

Up to five hours a week, he will practice his music at home in preparation for gigs, where he will join 19 other band members as solo saxophonist. He is preparing for a concert in December. The discipline learned from football helps with the music, like staying focused by keeping perfect time when he’s about to walk in with his saxophone.

Harvard-Westlake academics are challenging enough for students, but coaches aren’t afraid to encourage the development of additional interests, such as drama, robotics, music, singing, and dancing.

“I think a lot of times football players are portrayed as kids who aren’t creative,” Faucher said. “These are old stereotypes. Now, it’s good that athletes not only showcase their athletic abilities, but also their creative and artistic spirit.

Coach Aaron Huerta said: “I tell the kids I want them to do other things. It’s great for them, but it means that there are more responsibilities and it will be harder.

Faucher is enjoying the chance to be an influencer at two completely different companies.

“I hope to have a presence and my own feel and personality when I play and paint my own image as a player and as a soloist,” he said.

In football, he helped the Wolverines (5-3) come within a win of securing a Southern Section playoff berth.

“He’s our offensive and defensive leader,” Huerta said. “He drives our guys forward every day. He works with our young people. The most important thing is his demand for effort from the other guys. He’s another coach. We have won five of the last six games and we are going to throw the ball more than run thanks to him.

Faucher had an interesting experience as college recruiters tried to impress him.

“Not many recruiters know much about jazz, but those I know have had great conversations,” he said. “Coach at UC Davis, we sang jazz back and forth.”

No matter how many pancake blocks Faucher gets in football, this saxophone playing environment is something he intends to savor.

“Jazz will be part of my life long after football,” he said.