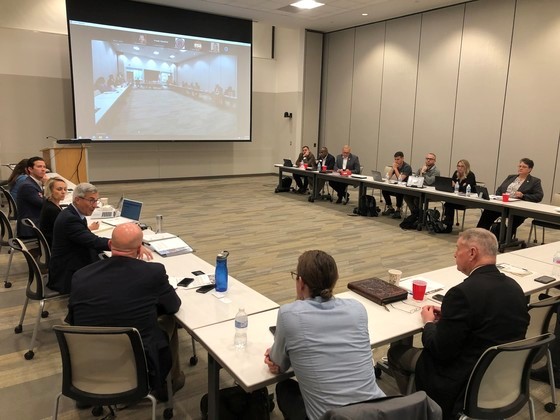 The meeting included presentations from Texas Music Office Director Brendon Anthony, TEEX Director David Coatney and TNT Security Solutions CEO Travis Lacox. Following the presentations, the working group had a lively discussion that examined the need for a cohesive mass assembly permit for Texas’ 254 counties and the viability of a universal document. The task force decided that a designated member would speak to county judges this week about potential changes to current mass assembly permit systems. In addition, the working group has assembled a set of reference texts that cover all aspects of public safety and best practices that apply to specific circumstances related to mass gatherings and concerts. The working group also discussed best practices for concert safety in a variety of situations and contexts, including rural and urban settings. Finally, the working group continued to develop recommendations related to guidance, education, awareness and potential legislative changes.

Governor Abbott launched the working group on November 10 in response to the Astroworld festival tragedy in Houston which killed 10 spectators and injured more than 300. The task force is headed by the director of the Texas Music Office, Brendon Anthony and consists of security experts, forces of the order, firefighters, state agencies, music industry executives, and others. The working group will organize several roundtables to analyze concert safety and develop ways to improve safety at live musical events in Texas. Following these meetings, the working group will produce a report of recommendations and strategies to ensure concert safety and protect spectators.