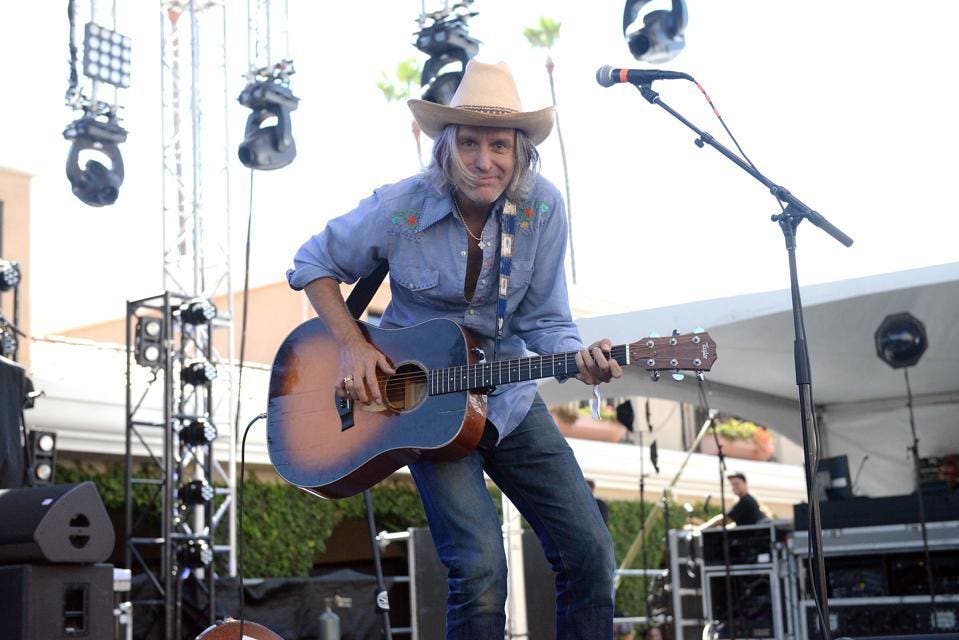 BaHOOTenzie, the new folk festival scheduled for October 1st and 2sd is the last festival organized by musicians. Named after a phrase often spoken by founder father Steve Poltz, BaHOOTenzie FolkFest will feature three days of songwriting camp, followed by two days of live music. Tickets are available for camp or festival.

Poltz and I both attended University of San Diego at the same time in the ’80s, and our birthdays are one day apart, despite being almost a year older than me. I saw him gain traction with his band The Rugburns thanks to the power of their alternative radio success. Hitchhiker Joe, followed by the massive success that came from his co-writing You were meant for me with Jewel when neither of them was particularly well known. Jewel’s version of the song has sold over 12 million copies and it has toured the world thanks to this album with Poltz as musical director.

Since then, Poltz has gradually built up a loyal following by playing shows in clubs and festival stages, mingling with house parties and even the opening day festivities of the public library of San Diego. When San Diego began lifting restrictions on public gatherings this summer, Poltz put on a spectacular show on a stage jutting out into Mission Bay. That night was a magical combination of his songs, stories, and laughter that flowed easily throughout the night. Many artists can tell stories, and many singers can write songs. It is very rare to find someone with Poltz’s ability to captivate a crowd by mixing songs and stories in a different way each time, but familiar enough that everyone in the room has the feeling of be a character in the story being told.

Its crowds are loyal. At this reopening concert, I recognized half the crowd, many who have seen him like me everywhere from the Belly Up in Solana Beach where Poltz has an annual celebration of his 50E anniversary, now approaching its twelfth iteration, at the Casbah where many New Years Eve parties have been held, or anywhere from the KAABOO festival to the singing of the national anthem before the first step when its Padres well – loved ones enter the field.

Artists who connect with audiences and build careers throughout their lives have the ultimate gift: they have both the know-how to attract fans and the emotional intelligence to read a piece and create intimacy between them and the public. One of Poltz’s last songs is called I want all my friends to be happy which encompasses its ethics. During the Covid pandemic, when live broadcasts were not possible, Poltz maintained the connection with his fan base by either broadcasting live broadcasts or playing on Facebook, broadcasting requests as they reached his flux.

Poltz’s core skill as a troubadour with a quick and fun way of weaving stories throughout the performance sometimes masks the depth of his skills as a guitarist. He is both a human jukebox with a vast library of songs etched in his memory and a wonderful classical guitarist. I saw him once tune his guitar to a key that I don’t believe exists in nature. It was as if Elon Musk had taken leave of his unusual baby name to design the most difficult string combination possible to tune a guitar. Poltz quickly figured it out, adapted a song, and then while playing that song came back to Hitchhiker Joe. The whole audience then joined in one of Poltz’s best-known songs, now in a new key and tempo. This is when the talent is transcendent, when anything can be adapted and delivered to the audience in a way that takes the event up a notch on a memorable scale.

Here is our conversation in video and audio podcast format. Listen or watch. This is one of my favorites:

For those who wish to experience the Poltz adventure themselves, check their website (Poltz.com) for shows in your area. Or, set aside time in late September to see it at DelFest or in October for BaHOOTenzie. Tell him I sent you, then get ready to be entertained.