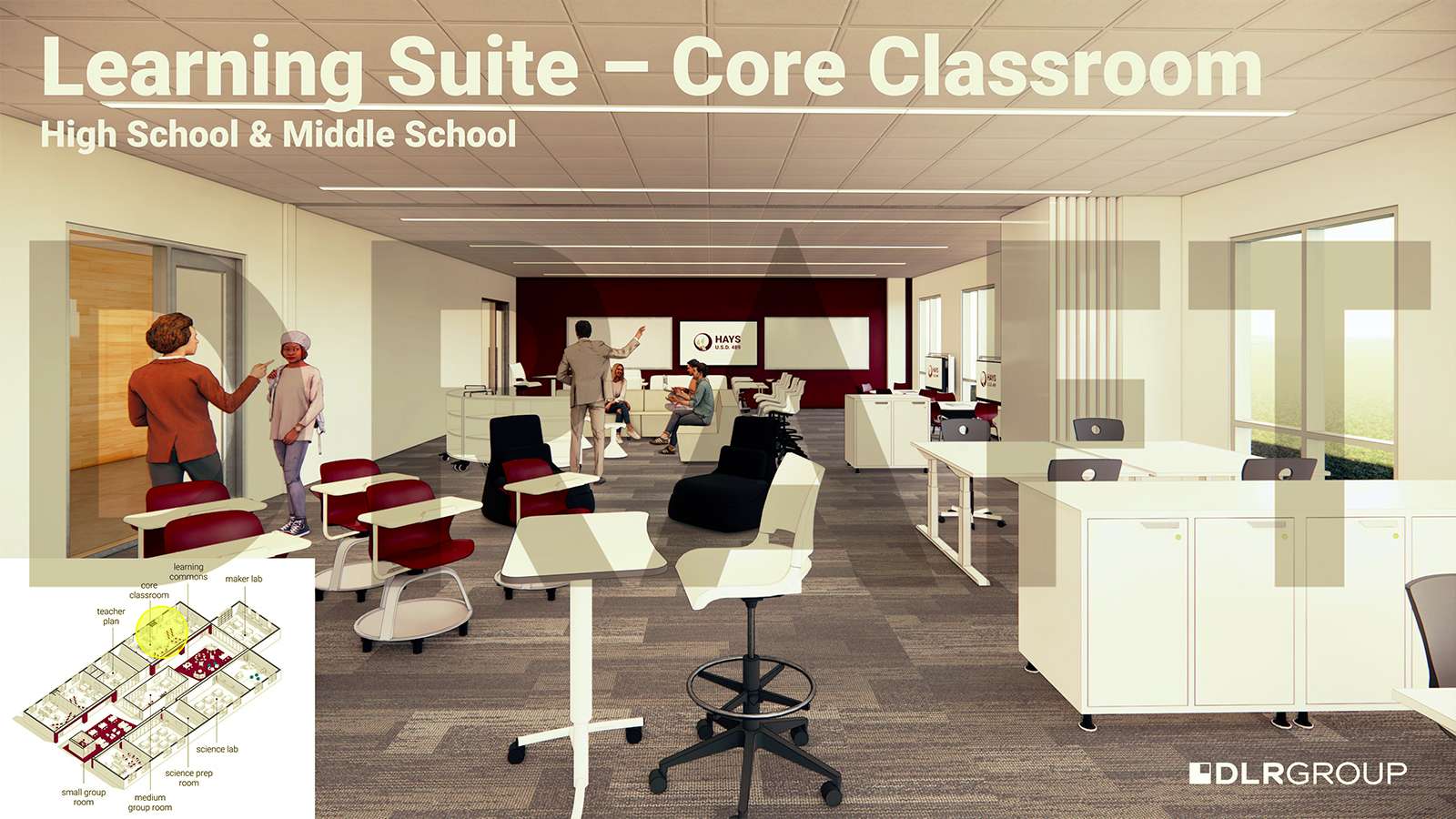 Converting HHS to a college would provide desperately needed space

This is part two of a three-part series examining the plans included in Hays’ USD 489 bond proposal.

Hays Middle School was never designed to accommodate 730 students when it was built in 1964.

“We’ve been creative as much as possible, but we don’t have any more spaces to be creative. Our creativity has expired,” Albers said.

Hays USD 489 is offering a $143.5 million bond issue, which will go to a vote on May 10. The bond includes a new high school. The current high school would be transformed into a college.

The current college would be transformed into a primary school. Wilson and Lincoln would be closed as elementary schools. Roosevelt and O’Loughlin Elementary Schools would also be renovated.

The district recently released artist renderings of what the new high school and renovated spaces might look like.

The cafeteria is one of the busiest areas in the school. You’ll see some of the tall eighth graders with shrugged shoulders because there’s no space to sit down, Albers said.

The school sends students to the gymnasium in the morning before classes start. The gymnasium accommodates about 400 students during this period. It gets quite loud, which is annoying for some sensitive students, Albers said.

The lack of other common or waiting areas for students causes a lot of wear and tear on the gymnasium floor, Albers said.

During the school day, up to 90 students per class period use the gymnasium for PE. About 60 of them are standard PE and another 30 use the gym balcony for weightlifting.

The college cannot host sports tournaments because it only has one gymnasium, Albers said.

The college was built at a time when girls’ sports were not as prevalent in schools, so the school was built with only one girls’ locker room.

Gym teachers have to send students to the locker rooms in waves to get dressed, as there is not enough room for all students at the same time.

Clutter is even worse when playing sports. The track alone has about 75-90 female athletes. They must also share the single locker room with around thirty female footballers, who also have a spring season.

Some of the female athletes change in the washroom. All students should take their gear outside with them and bring it home every day, Albers said.

The high school, which will become the college, has many more locker rooms. It has two gymnasiums. It has a separate weight room and wrestling room.

College wrestlers are currently bused to HMS after morning practices at HHS.

Neither the middle school nor the high school have an auditorium. Assemblies must be held in the gymnasium of both schools.

The new high school would be built with an auditorium. Since HHS and HMS would be on the same campus, middle schoolers could share the auditorium with the high school for performances and assemblies, Albers said.

Programs have been added since what is now HMS was built in 1964. One of them includes the mental health program. Albers said the school was struggling to find space for those desks.

Closets and storage areas have been transformed into classrooms. The school cut its boiler room in half and turned the other half into a small classroom.

Albers said he also looks forward to being able to use the current high school’s career and technical education wing to expand CTE’s offerings. HMS is limited in the number of students who can participate in electives due to space.

The carpentry shop not only limits the number of students, but the small space poses safety concerns and limits the projects students can complete, Albers said.

The industry mourns the passing of a music industry executive. justin fountain