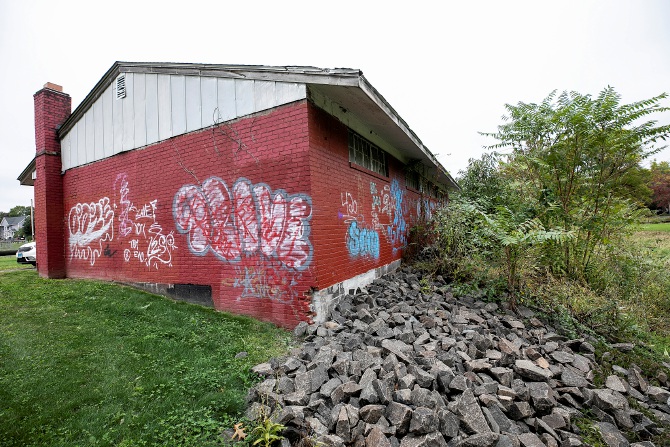 WALLINGFORD — Anthony Parent says he was coaching a group of runners in grades five through eight at Doolittle Park on South Elm Street when he asked some teenagers in the park to turn down their music.

The music was loud and the lyrics were racist and obscene, said Parent, who works as a city lawyer and cross-country coach for Holy Trinity School.

“I confronted the kids because they made fun of my athletes,” Parent said. “They were playing loud music with lyrics that were extremely inappropriate for a children’s playground and intimidating anyone who passed by, even after I made my presence known.”

According to Parent, one of the teenagers had previously smashed a Chromebook computer in the center of the park’s playscape. The group of six youths argued with Parent and used racial epithets against the students.

“I asked them to stop,” Parent said. “They accused me of being racist. They wanted to fight me. I told the young people that I couldn’t fight them because they were underage.

Parent said he was then “assaulted”.

Earlier this week police confirmed reports of a ‘brawl’ involving minors and a trainer at Doolittle Park. The incident happened around 3:38 p.m. Monday, according to police spokesman Sgt. Stephane Jacques. He released a few other details citing an ongoing investigation.

“All parties have separated,” Jaques said. “Obviously we have been called, replied (officers). We have spoken to the parties involved and are actively investigating what happened with more to follow.

Parent said the teenagers attacked him when they knew he wouldn’t fight back.

“The first aggressor, spit on me,” he said. “I didn’t react. He then lunged at me, took a swing. I blocked his right hand and put him on the ground. My shirt was then pulled over my head and I was told that six young people attacked me. They punched and kicked me until they were tired. I still tried to solve the problem with words. They ran away. I asked some 5th graders to watch the whole thing. They are traumatized.”

Parent said he suffered a head injury and a scratch under his eye.

The cross-country athletes he coaches had trained at Tyler Mill Preserve, but the city recently told them they could no longer meet there, Parent said. This brought the small group to Doolittle Park, where reports of local youths vandalizing the park and tormenting its visitors led the town to begin installing surveillance cameras, which have yet to be activated.

“Why athletic people can’t use Tyler Mill is beyond me,” Councilman Jason Zandri said Friday. “It’s ridiculous. That’s the point of 1,000 acres of open space,” he said.

Choate Rosemary Hall allowed Parent to bring his team to its campus for training, Parent said. A police investigation into Monday’s incident continued on Friday, according to the records service. An incident report has not yet been made available.

According to neighbors and city officials, problems at the park have increased over the past two to three years. Last summer, young people damaged the electric meter of an annex building at the back of the park. According to Zandri, there have been informal conversations about demolishing the vacant building.

Police met with employees of the electrical division about bringing electricity to the site and the placement of surveillance cameras that would scan the entire park and have license plate readers. The equipment is in place and the city is hiring a contractor to install it. Officials hope it will be operational next month.

But Zandri is concerned with enforcement and deterrence.

“There were a number of different issues,” Zandri said. “The kids hanging out after school are under 18. They engage in everything from minor disturbances to swearing to fights.”

The city is already struggling with thefts of catalytic converters and cars committed by hard-to-prosecute adults. Zandri wonders how law enforcement would prosecute the minors.

“Until we can catch them in the act, I don’t know what we can do about it,” Zandri said. “But something has to be done.”

Councilwoman Christina Tatta expressed concern about the issues in the park, as well as her confidence that the police and the city are addressing the issue.

“I haven’t heard all the details,” she said on Friday, “but the problems at Doolittle Park are nothing new, and now it seems to have escalated into a physical assault.

“The government’s most fundamental priority is to keep its community safe, so there shouldn’t be a city park where our residents don’t feel safe,” Tatta said. “I hope the police and the administration will do everything they can to resolve this issue immediately, and I hope they will.”