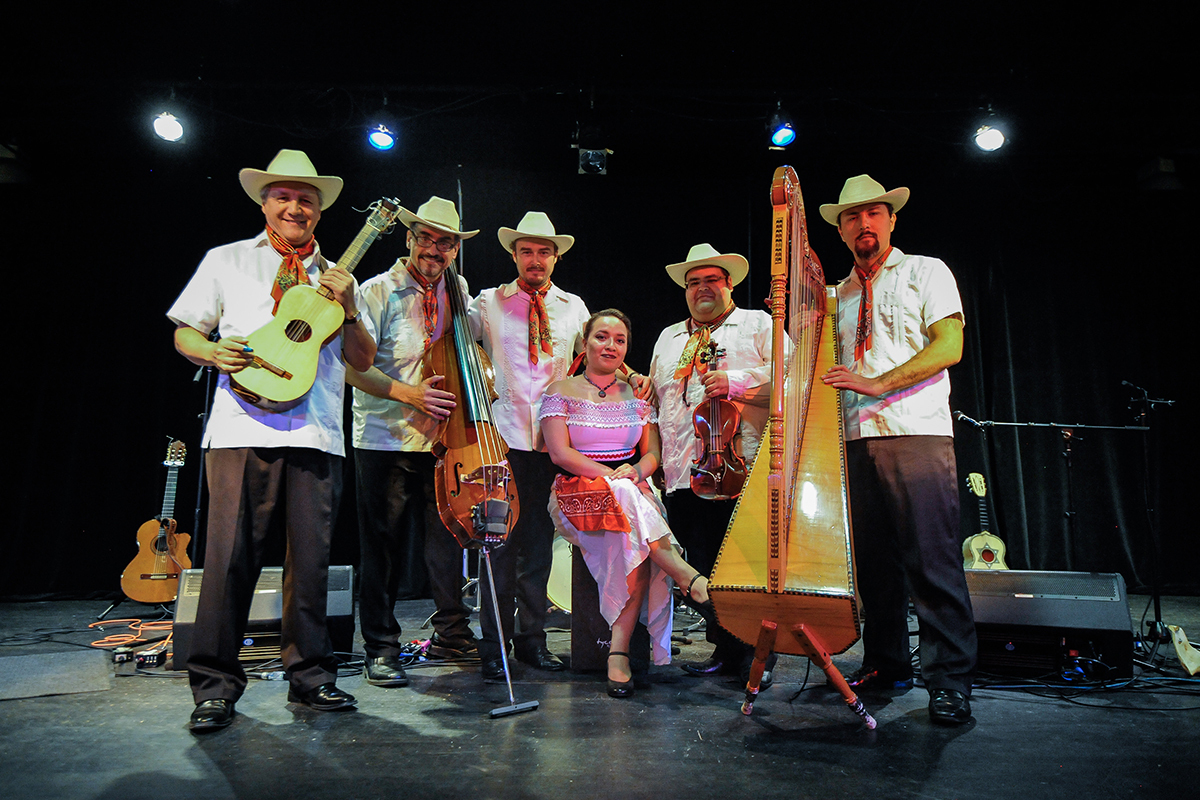 Friday, September 16 is Mexican Independence Day, which celebrates the anniversary of Mexico’s independence from Spain. Have you already made any plans? Alternatively, head to Time Out Market Chicago to catch a performance by a Grammy-nominated ensemble sones of mexicoa lively and educational non-profit folk group that takes audiences on an auditory tour through regional styles of Mexican music.

Founded in 1994 by a group of local musicians in Pilsen, Sones de México specializes in “sound,” a broad category of Mexican folk music that covers styles such as huapango, gustos, chilenas, and son jarochos, among others. Unlike mariachi or banda, the musical tradition of sound is often less well known to American audiences, says musician and founder of Sones de México Juan Dies.

“It’s a big family of musical styles, and each style has a different instrumentation”, Dies explains. “You can compare it to food – if all you know about Mexican food is tacos, you have so much more to discover.”

As a result, Sones de México has released a wide range of records over the years, from norteño arrangements of classic American folk songs to original Grammy and Latin Grammy nominated album compositions. Esta Tierra Es Tuya (This land is your land) to an extensive collection of indigenous songs, inspired by the turn of the Mayan calendar in 2012, found on 13 B’ak’tun. The group has performed their diverse discography at famous venues like Carnegie Hall in New York and the Getty Center in Los Angeles. At Time Out Market, they will play in sextet while switching from one instrument to another for each song.

“We’ll go from place to place in Mexico with different instruments,” Díes says. “We could go to northern Mexico and use our accordion, guitar and drums. Maybe in southern Mexico they play the marimba. Maybe we go to the west coast and we use the clarinet, or to the east coast we use a harp.

During each performance, Díes takes time before each song to introduce its historical context and any unusual instruments that audiences might not be familiar with, as part of the nonprofit’s goal to expand musical education and appreciation. . Díes estimates that the group has accumulated around 100 instruments, many of which represent Mexico’s rich history of migration and cultural intermingling. Take, for example, the charrasca – also called quijada or simply jawbone – which is made from the jawbone of a donkey, horse or mule, and emits a unique resonant rattling noise when it is hit.

“The jawbone of a donkey was used in South America and Peru by African slaves to accompany themselves”, Dies said. “And there was a migration of blacks from Peru to the west coast of Mexico in the early 19th century. They were silver miners and they started using donkey jawbone. And now they are eighth generation Mexicans still maintaining their traditions.

You can see some of these musical instruments and traditions in action when Sones de México performs their Mexican Independence Day in the second-floor stadium of Time Out Market (916 W Fulton Market) from 6-8 p.m. on Friday, September 16. upstairs to watch the band, pop into the market’s first-floor bar for drink specials like $10 micheladas and $12 palomas and negronis. Have a very Happy Mexican Independence Day!