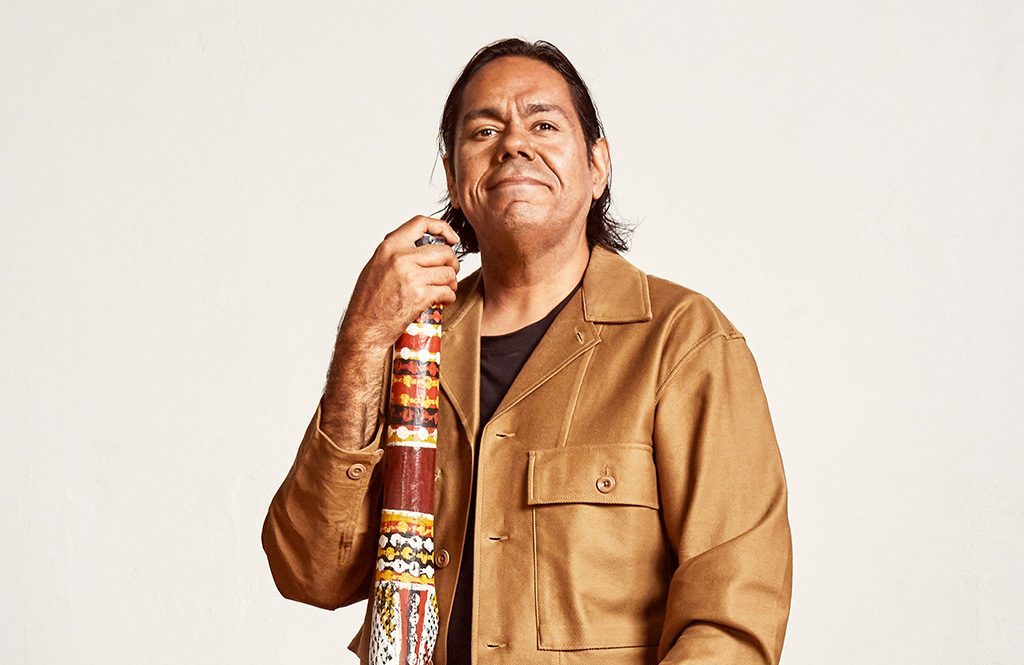 Barton meets Beethoven in the greatest meeting of classical music

If the events of the past three years have almost persuaded you to keep the doors of your fellow human beings closed forever, then the Queensland Symphony Orchestra has what you need.

“The theme for 2023 is humanity‘, said the new conductor of QSO, Umberto Clerici. “After the last difficult years, I felt we needed music that celebrates sociality, friendship and community.”

And few works of classical music speak more universally to the notion of humanity than Beethoven’s Symphony No. 9, Ode to Joy, which the QSO will present in a three-concert series featuring the didgeridoo virtuoso William Barton, the remarkable violinist and singer Véronique Serret, opera stars Eleanor Lyons, Deborah Humble, Andrew Goodwin and Michael Honeyman, and the soulful voices of the Brisbane Chamber Choir.

Beethoven’s setting of Schiller’s poem An die Freunde, is one of the composer’s most universally known works. Since 1972, it has been the official anthem of Europe, with instrumental arrangements by Herbert von Karajan – for solo piano, wind instruments and symphony orchestra – performed at official European Union events.

In 2008, “Ode to Joy” was temporarily used by Kosovo as its national anthem; it served as the theme song for major international football tournaments; and in 2017, members of the British Parliament from the Scottish National Party sang “Ode to Joy” during a vote in the House of Commons to protest against Brexit.

“It’s a piece that has always managed to be relevant to the era in which it’s performed,” Barton told ArtsHub.

A work of thrilling musical power, at its heart it is also one that tells a story, he continued. “It comes from the time when composers thought nationalistically – as Germans, as Italians, or whatever. They were inspired by the landscapes that surrounded them, their stories. And that’s something I’ve always done, whatever kind of music I play, classical or not.

Born and raised just outside Mount Isa, Queensland, Barton is a master of the didgeridoo. He took up the instrument as a child, trained by his uncle, Arthur Peterson, an elder of the Wannyi, Lardil and Kalkadunga peoples. At the same time, he was also absorbing sounds from his mother’s record collection (Elvis Presley was an early favourite), Beethoven and Vivaldi from the radio, and AC/DC into his cassette player.

By the age of 12, Barton was considered a prodigy and was working in Sydney performing in a dance company. At 15, he was on tour in America. At 17, he made his classical debut with QSO and became Australia’s first didgeridoo artist-in-residence.

In 2012, Barton won an ARIA award for his classic album Kalkadungucomposed a world premiere for members of the Berlin Philharmonic Orchestra at the Sydney Opera House and unveiled its first string quartet, Birdsong at dusk. Barton’s virtuosity is now recognized worldwide.

“One of the most important things that happened to me as a musician during this time was developing didgeridoo notation,” Barton said. “Now I can see the whole canvas, so to speak, the written notes and sounds. I learned to write my voice, my particular articulation of sounds – things like the calls of birds, the sound of the wind or the cry of an eagle.

“Now I can take a sheet music to any classical musician in the world and they can immediately understand how it all fits together. It’s so important when you’re playing the full range of instruments you have in a symphony orchestra.

This concert will also feature Australian composer Peter Sculthorpe Earth Cry (a famous work with which Barton has been associated for many years) and the Concert Hall debut of kalkania work co-composed by Barton and singer-violinist Véronique Serret as a duo in 2020 described as “a message of peace and love carried by the spirit of the eagle”.

The latter will be presented for the first time in a fully orchestrated arrangement and is, Barton said, the one he particularly likes to play. “There is a real connection between Véronique and me. We both have classical and improvisation as part of what we do, so when we work together the connection seems very strong. It’s as if we were breathing together.

The Maestro series of QSOs begins on February 17, 2023 with three performances of Ode to Joy – a concert for the ages.