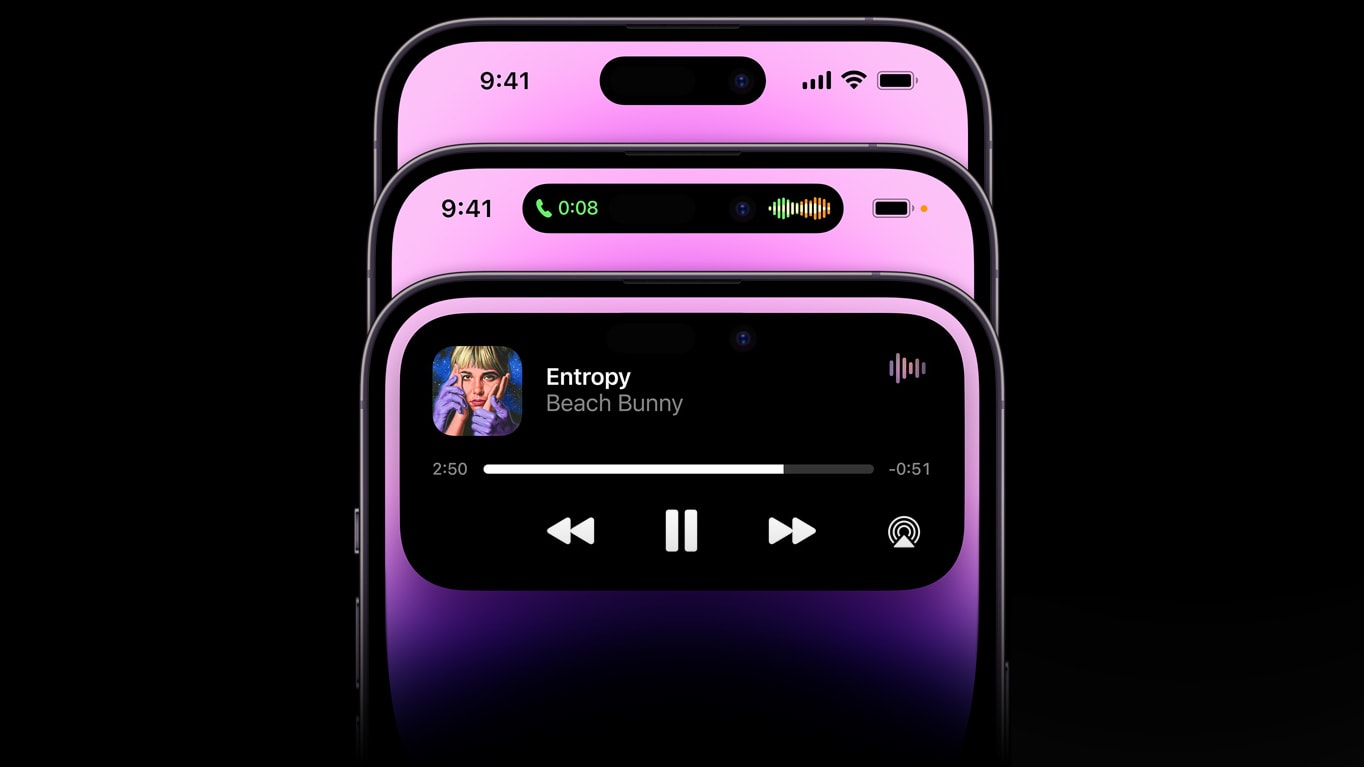 The highlight of the iPhone 14 Pro models is the Dynamic Island – the interactive screen notch replacement. It’s currently only in the most expensive iOS handsets, but those who prefer Apple’s two “standard” models apparently won’t have to wait too long for a chance to cut the screen.

The same is apparently not true for ProMotion displays.

iPhone 15 series: no more screen notch, Dynamic Island for everyone

In the iPhone 14 Pro models, Apple transformed the cutout of the front camera and other sensors from a notch to a pill shape and then integrated many features. It is now called Dynamic Island and expands to become the music player, show turn-by-turn directions and phone call status, and much more.

The 6.1-inch iPhone 14 and 6.7-inch iPhone 14 Plus feature the traditional notch (aka the static peninsula). But the override won’t remain a Pro-only feature for long. “Dynamic Island expected on standard models on the [iPhone] 15,” says Ross Young, CEO of Display Supply Chain Consultants, in a tweet.

The analyst then throws cold water on any speculation that the standard iPhone 15 models will have ProMotion displays, a feature that debuted in the iPhone 13 Pro models.

“I still don’t expect 120Hz/LTPO on standard models because the supply chain can’t support it,” Young said in the same tweet.

Low-temperature polycrystalline oxide is the type of display panel Apple uses for 120Hz displays. These can also throttle down at much slower refresh rates so as not to drain the battery too much.

Young says BOE technology will not be able to supply Apple with LTPO panels before maybe 2024. That leaves Samsung as the sole supplier, and that’s apparently not enough to use them in all iPhone models. Other companies are already using LTPO in Android handsets because they don’t sell as many units as Apple.

This isn’t the first iPhone 15 rumour: Apple’s 2023 handsets will also supposedly be the end of the Lightning connector. USB-C will replace it in all models.