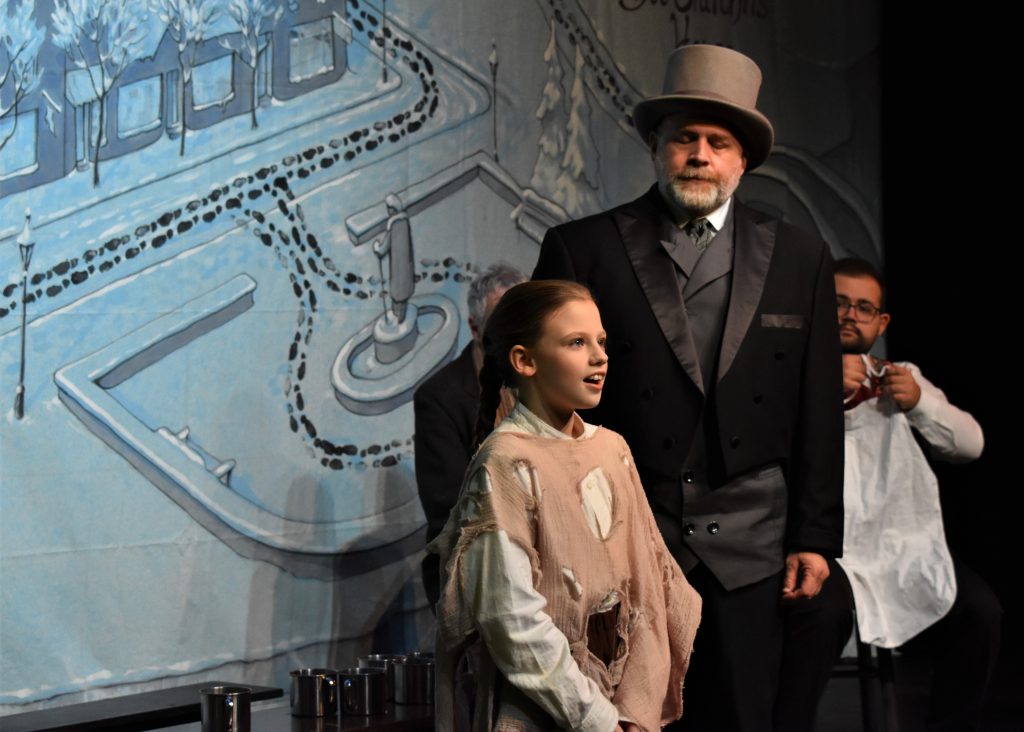 “A Christmas Carol” as a musical ensemble – The Millbrook Independent

While a novelist, Charles Dickens had a keen interest in the theater, especially his children where he acted, playing various roles in short solo plays in front of his children or privileged guests. His short history of the Christian conversion of money from worship to philanthropy, “A Christmas Carol,” now exists in more than a dozen dramatic presentations.

At the Center for Performing Arts in Rhinebeck, Lou Trapani played the character of Scrooge to the delight of the neighborhood neighborhood for nearly two decades. Each year the Center attempts to present a new take on the Dickensian classic, so loved by sentimentalists and especially children, who can experience their first dramatic experience. catharsis to Dickens.

The current version of the Center offers an ensemble musical version where the actors – solo, duo, trio or group – sing Christmas carols in the middle of the trajectory of the famous story. In theory, this seems like a godsend: a tragic story with a happy Christian turnaround from the naive perspective of a young child, Tiny Tim.

The entire cast sang amazingly well, both individually and as a group. Special tonal kudos to Jovan Bradley, Duane Joseph Olson and Jody Satriani for their vocals; Andy Crispell, and young Harriet Luongo for the acting, as well as Rik Lopes who convincingly plays the “heavy” (Scrooge) in a practical rather than depressed, naive bipolar way. Joanne Schubert (on vintage-sounding harpsichord electronic keyboard) was flawless. Ellie DeMann delivered a heartfelt solo. Donna Letteri’s costume design is excellent.

I was amused by the clever scenic backdrop: instead of bustling London where the story takes place, we have a small rural town in England, as in the hymn “In the Bleak Midwinter” which honors the Nativity as a personal event in the small Gloucestershire Village of the music composer (text by Christina Rossetti, music Gustav Holst). The picturesque backdrop featured a map of a rural town with locals like The Melancholy Tavern and Not Quite Deserted School, as well as the polluting factory and rural river bridge.

Many traditional Christian hymns like “The Angels We Heard Above” and semi-secular Christmas carols like “Joy to the World” are skillfully voiced, and sometimes superbly sung by the cast, which in itself is a reason to attend. Yet the chanting of these standard favorites provides a digression from the Dickensian drama’s vector of repentance and conversion – the result being merely formal observance (as in some religious liturgies), rather than dramatic. catharsis. In the midst of common music, the personal grain of comedy vanishes into an impersonal gesture. Tiny Tim’s emotional spotlight fades into minor generic pathos in the middle of the community scene. The theme of social justice is proposed by Ellie but dismissed with disdain by Scrooge. (In the United States, the theme of social justice was invented by whites for poor whites in subsidized housing, which the government has explicitly excluded blacks from).

This production is eminently suited to young people aged five to ten, if they can sit responsibly in the theater. This production offers children a bird’s eye view of the holiday season and its emphasis on generosity while adults revel in singing.

Veteran Lou Trapani is writer / producer / director of this new take on the Dickens classic, which runs over the weekend until December 26th. For more information visit: https://www.centerforperformingarts.org/whats-playing