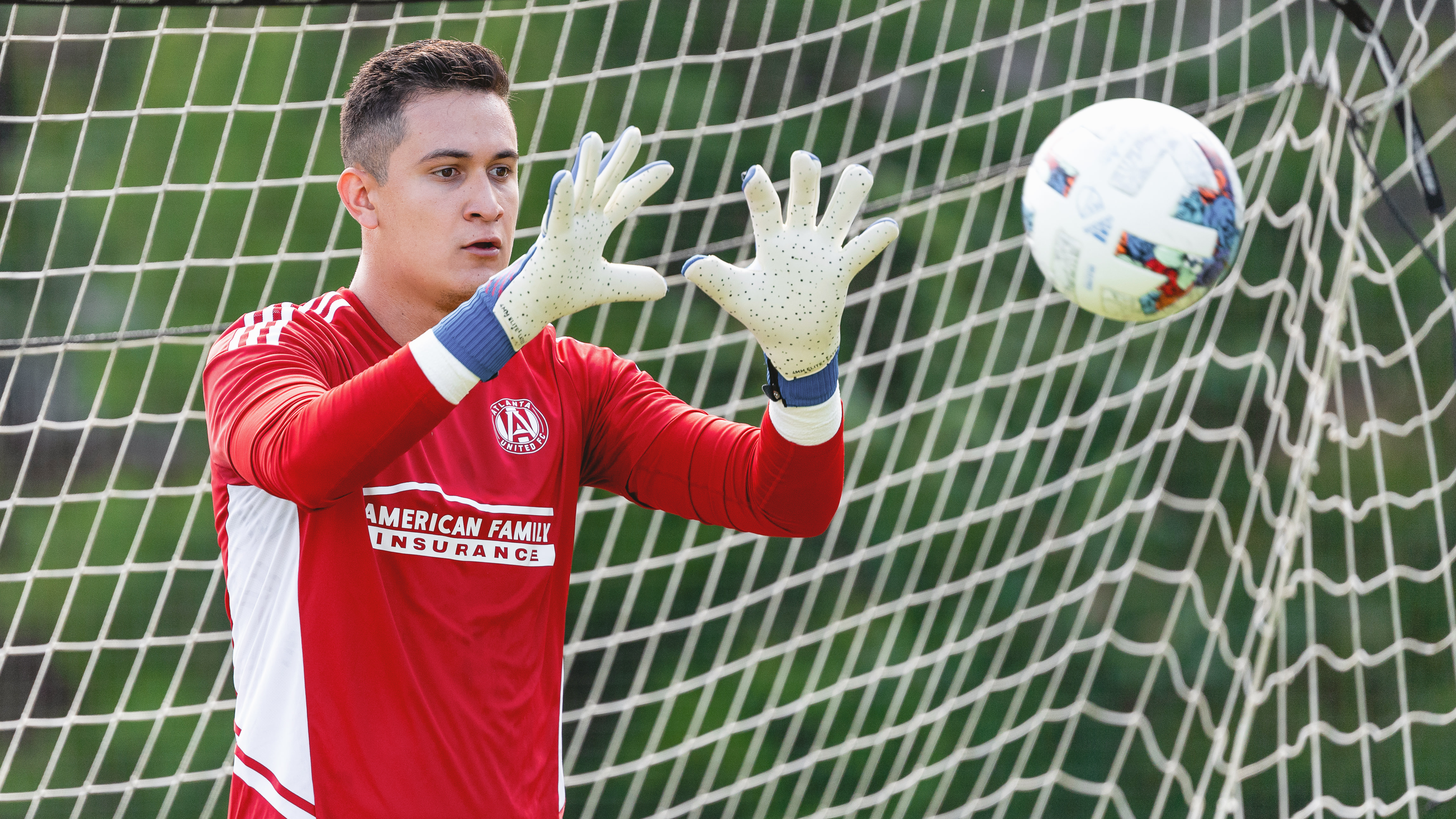 In June, Atlanta United announced the signing of Mexico international goalkeeper Raúl Gudiño. The native of Guadalajara, Mexico, started his career at Chivas Guadalajara academy in 2006 and rose through the youth ranks before joining Portuguese Primeira Liga club FC Porto on loan in 2014. He joined a permanent transfer in 2015 and made 65 appearances for Porto B. Gudiño also spent time with União Madeira, APOEL FC and returned to Chivas in 2018. He recorded 85 appearances and kept 21 clean sheets in Liga MX and Copa MX.

On September 4, Gudiño made his debut for Atlanta United’s starting lineup in a 2–1 road loss to the Portland Timbers. Before that, we sat down with the Mexican keeper to get to know him a bit more.

How do you like the city of Atlanta, how does it feel?

Well, I think above all that I am very happy to be part of the club. The players and the staff treated me very well. I feel like I’m at home in a different country, but really, I’m very happy.

I know you have a passion for cars, what is your favorite?

The mustang is my favorite. I have three mustangs in Mexico, classics and a newer model. I have a 65, 66 and a 67 Eleanor. Ever since I was little, my dad instilled in my brother and me this love for cars. My brother also has cars and my dad has trucks, so we’re really into classic cars.

Is there any advice anyone has given you that has helped you in life?

If you could play any player past or present, who would it be?

I played against Cristiano Ronaldo but not against Messi, so I would like that.

What other sports do you watch besides football? Did you go to a Braves game?

Baseball. I don’t have a team, but I like to watch the games. A few years ago, it was my father who introduced me to baseball and now I am passionate about it. I love her so much. I saw them play against the Dodgers. It’s a game I won’t forget. My first game in Atlanta and [Julio] Urías was the pitcher, so it was a great day.

Do you have a pre-match ritual?

Yes, I like to talk with my family, my wife, my daughter and my parents. I try to put myself in the right place mentally and watch a lot of videos of other goalkeepers and myself making saves. Then I listen to music to relax and get ready for the game.

What kind of music do you listen to?

I like the music of regional Mexican bands. Although others would not believe it, this music relaxes me.

What is your favorite television show?

I don’t watch much TV, but I like to watch shows, series and movies on Netflix and Amazon Prime. I also enjoy watching Discovery Channel documentaries and car restoration programs.

What’s the first thing you do when you wake up in the morning?

I thank God for waking up, having good health, a job, a good life and because my family members are well.

Do you have a nickname that people call you?

They call me “Gudi” because of my name but also because of the Toy Story sheriff “Woody” because some say we look alike.

What is your favorite and least favorite habit?

My favorite habit is that I like to keep improving and perfecting myself. My worst part is that when things don’t go my way fast, I get angry. I don’t think it’s good, so I have to work on that.

Yes, I have two French bulldogs named “Bacon” and “Bonny”.

If you weren’t a footballer, what would you be?

I like medicine, so I would have been a doctor. I would have liked to be a reconstructive surgeon, but I ended up going in another direction.

What is your favorite vacation spot?

The beach. I like the beach and I prefer it to the woods and the mountains.

What was your favorite TV show when you were a kid?

What three words describe you?

What do you want the 17 to know about you?

Before being a good goalkeeper, I’m a good person, that’s the main thing, leave an example, a mark in this sense and know that I’m also there to defend this jersey until death. Know that in each match, in each training session, I give my all and I am very happy to be here, to be able to be part of this great club and to always have the support of the 17-year-olds.